US: Israel shouldn’t be surprised that Europe wants to boycott settlement products

The US is opposed to boycotts against and efforts to delegitimize Israel, but also does not support settlement activity, which the US believes is illegitimate. 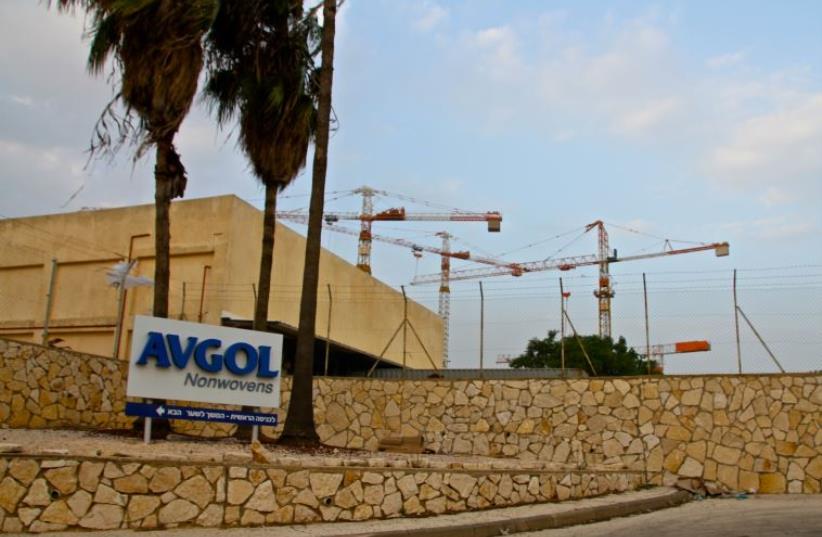 The Barkan Industrial Park, located in the Samaria region of the West Bank
(photo credit: TOVAH LAZAROFF)
Advertisement
Israel should not be surprised that Europe wants to sever its commercial ties with West Bank settlements, US State Department Deputy spokesman Mark Toner said on Tuesday.He spoke in advanced of the expected European Union publication of guidelines that would provide the EU’s 28 member states with instructions on how to legally label settlement products.“Israel continues to expand settlement activity. It should not come as a surprise that some in the international community seek to limit commercial ties to the settlements,” he said.“This underscores the urgent need for Israel to change its policies with regard to settlements,” he said.Toner refused to go one step further to clarify whether the US actually opposed the labeling of settlement products, saying the matter is still under discussion as the guidelines have yet to be published.“Let’s let this process play itself out,” he said.The US is opposed to boycotts against and efforts to delegitimize Israel, but also does not support settlement activity, which the US believes is illegitimate and harmful to the peace process, he said.“It’s not a boycott per se, but it could be taken as a boycott,” he added.Israel’s Foreign Ministry warned on Tuesday that the publication of the guidelines could harm diplomatic ties with Jerusalem.“The adopting of such labeling will negatively affect the relations between the EU and Israel,” the Foreign Ministry said.Sources in the ministry and diplomatic sources in Israel said they believed the EU was poised to publish guidelines on Wednesday that would provide the EU’s 28 member states with instructions on how to legally label settlement products.A European Commission spokesman, told The Jerusalem Post that the Wednesday deadline may be premature.“Work on the indication of origin of Israeli settlement products is still ongoing. We expect it to be finished soon,” the spokesman said.The guidelines have been in the works since 2012 and could need the approval of the commission’s college, the EU’s political body made up of representatives from the 28 member states.The EU has consistently downplayed the impact of the guidelines as a technical matter. A commission spokesman said they would simply “ensure the uniform application of the rules concerning the indication of origin of Israeli settlement products.The aim is to ensure effective implementation of existing EU legislation.”Since 2003, the EU has placed a numerical code on Israeli imports to allow customs to distinguish between products made within the Green Line and those that are produced beyond it.Products produced in east Jerusalem, the Golan Heights and the West Bank are excluded from the Israel Free Trade agreement with the EU.The guidelines extend that process one step further, providing member states legal instructions as to the placement of consumer labels on relevant products to inform European consumers that they are not made in Israel.In some cases, the placement of the labels is expected to be mandatory, though in others they will be voluntary, but little information is available as to what the guidelines will stipulate.The EU had delayed the publication of the guidelines in 2013 at the request of the US, which at the time was brokering a nine-month negotiation process between Israel and the Palestinians. That process failed in April 2014 and no new initiatives have replaced it. In the absence of any prospect of renewed negotiations, the EU is pressing forward with the consumer labels.“There is no doubt that the main purpose of the measure is to exert political pressure upon Israel,” said the Foreign Ministry.“As the preparation of the labeling guidelines has been pending for more than three years, the recent steps beg the question why the EU decided that it should be done now.“These measures are discriminatory in nature. It is intolerable that Israel is the only country that has been singled out by the EU for such a policy, despite the fact that there are over 200 disputed territories worldwide,” the Foreign Ministry said.The ministry warned that the guidelines “constitute an attempt to prejudge the outcome of future negotiations between Israel and the Palestinians. Worse, they could serve as an additional incentive for the PA to eschew direct negotiations with Israel.”A bipartisan group of 36 US Senators, led by Republican Ted Cruz of Texas and Democrat Kirsten Gillibrand of New York, on Tuesday urged the EU not to move forward on the guidelines issue. “We urge you not to implement this labeling policy, which appears intended to discourage Europeans from purchasing these products and promote a de facto boycott of Israel, a key ally and the only true democracy in the Middle East,” the senators wrote in a letter to EU foreign-policy chief Federica Mogherini.They warned that such a policy could lead to a broader boycott of Israel and would only strengthen the Boycott, Divestment and Sanctions movement, which works to delegitimize Israel.“We believe strongly that these efforts are unwarranted, dangerous and damaging to the prospects of a negotiated solution to [the Israeli-Palestinian] conflict,” they said.The senators noted that in 2015 Congress had passed the Trade Promotion Authority legislation, requiring the United States to discourage Europe from enacting any politically motivated policies that would boycott, divest from or sanction Israel.