Israel and the United States stopped paying their UNESCO dues in 2011, after the organization became the first UN organ to recognize Palestine as a member state. 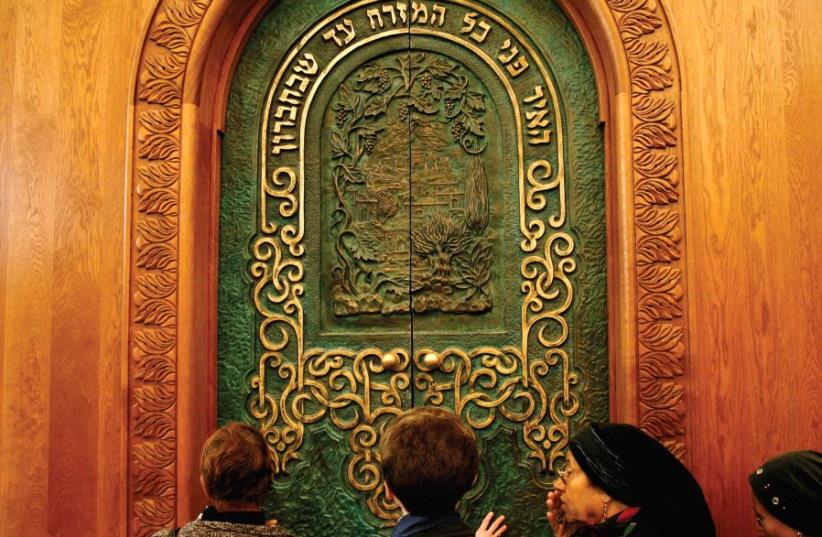 Jewish worshippers at the Cave of the Patriarchs, Hebron
(photo credit: REUTERS)
Advertisement
The government is set to fund increased development of Hebron’s Jewish heritage, with money it saved by not paying its annual dues to the United Nations Educational, Scientific and Cultural Organization.

The cabinet is expected to vote Wednesday to reallocate NIS 3.5 million of what it would have spent on UNESCO dues in 2017 to the Ministry of Jerusalem and Heritage, with specific instruction to spend it on development of Jewish heritage sites in Hebron.An explanatory text regarding the vote said it was a direct response to a 2017 UNESCO decision to add Hebron’s Old Town and the Cave of the Patriarchs onto the list of endangered World Heritage sites under the State of Palestine.In designating the sites, UNESCO highlighted their Muslim history by focusing on the period from 1250 onwards rather than the more ancient Jewish biblical heritage.UNESCO has also inscribed the Church of the Nativity and the ancient terraces of Battir to the state of Palestine.Israel and the United States stopped paying their UNESCO dues in 2011, after the organization became the first UN organ to recognize Palestine as a member state.As a result, both countries lost their UNESCO voting rights in 2013, but remained member states.Both countries are expected to formally withdraw from UNESCO at the end of the year over anti-Israel bias, including cyclical resolutions that have consistently disavowed Israeli sovereignty in Jerusalem and have referenced the Temple Mount solely of by its Muslim name of al-Haram al-Sharif.So far this year, UNESCO Director-General Audrey Azoulay has been able to suspend voting on such texts, in an attempt to sway both countries to remain in the organization.