Israel to give Jordan and Egypt intelligence help against Islamic State

Major-General Yair Golan, deputy commander of the Israeli armed forces, said in a briefing that the countries were working with Israel as they try to beat back Islamic State. 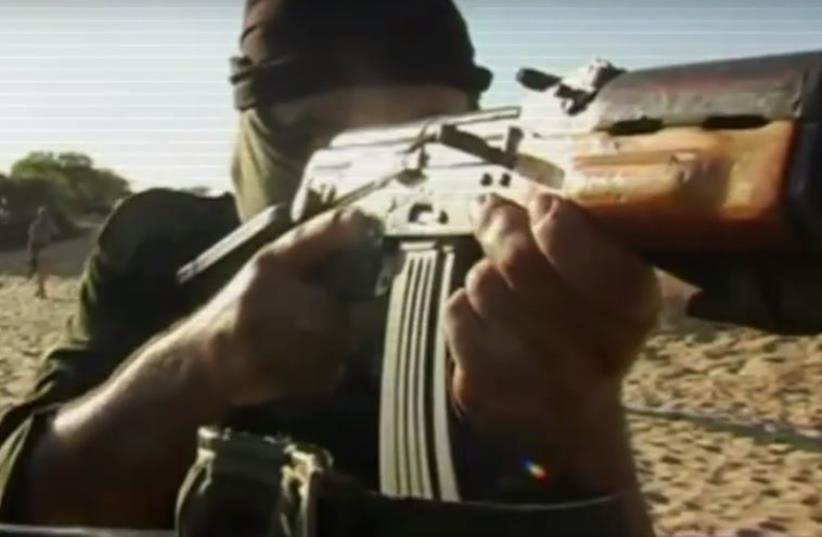 Palestinian group that pledged allegiance to ISIS trains in Gaza
(photo credit: SCREENSHOT ARAB MEDIA)
Advertisement
JERUSALEM - Israel provides Jordan and Egypt with intelligence assistance in their fight against Islamic State, a senior Israeli military officer said on Wednesday, describing the U.S.-backed Arab neighbors as stable despite the insurgent threat.Egypt made peace with Israel in 1979, followed by Jordan in 1994. They are the only Arab countries to have treaties with Israel, a matter unpopular with many Egyptians and Jordanians and which generally keeps Amman and Cairo quiet about the ties.Major-General Yair Golan, deputy commander of the Israeli armed forces, said in a briefing that the countries were working with Israel as they try to beat back Islamic State."Egypt fights the Islamic State in the Sinai peninsula. Jordan is terrified by the presence of the Islamic State in Jordan's cities and towns. And we try to work with them in order to contribute something to their security," he said.The help, Golan told the Foreign Press Association in Jerusalem, came "mainly by providing our intelligence, and you do know that while fighting all sorts of insurgency, intelligence is the most important element in the whole system".Despite deeming this military cooperation as unprecedented, Golan cautioned: "I wouldn't describe that as some sort of reconciliation between the people. But it is a good starting point and I'm quite optimistic concerning that." The Israeli general described Jordan as stable, though it has seen major refugee influxes from Syria and Iraq even as it watches those frontiers for Islamist militant infiltration.Egypt's large population and economic struggles during recent political chaos present a greater challenge, he said."I am quite optimistic about the future of Egypt, but I think that we are going to experience, or they are going to experience, you know, a crisis along the way," Golan said.