The government will dole out annual payments of NIS 3,600 to Jews who immigrated to Israel from Morocco, Iraq, and Algeria. 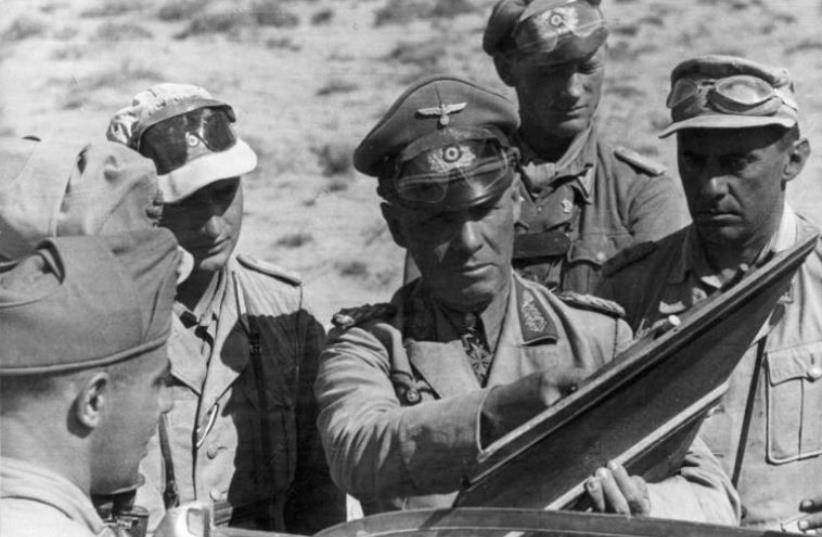 The Desert Fox, Field Marshal Erwin Rommel (Center), is seen during Nazi Germany's campaign in North Africa
(photo credit: GERMAN FEDERAL ARCHIVE/WIKIMEDIA COMMONS)
Advertisement
The Finance Ministry announced on Monday that it will grant an annual stipend to Jews of North African descent who were alive in countries that fell under Nazi occupation during the Second World War.According to Israel Radio, Finance Ministry Moshe Kahlon made the announcement during a special session hosted by the Knesset's Labor, Welfare, and Health Committee.The government will dole out annual payments of NIS 3,600 to Jews who immigrated to Israel from Morocco, Iraq, and Algeria.The recipients will also be exempt from payment for prescription drugs that are included in the Health Ministry's so-called "basket of services."The German military invaded North Africa in June 1940, fighting in the deserts of Morocco, Algeria, Tunisia, Libya, and Egypt. The turning point came in late 1942 when the British forces under the command of Lt.-Gen. Bernard Montgomery defeated the Nazis at the Second Battle of El Alemein, forcing the German war machine to retreat to Tunisia.The Jews of North Africa were subjected to discriminatory practices instituted by the Vichy government in France, which by extension also ruled over French colonial possessions following Paris' surrender to the Nazis.While Iraq did not fall under direct Nazi occupation, the Finance Ministry extended the grant to Jews who suffered as a result of the Fahud riots which followed the British victory over the pro-Nazi regime in Baghdad.