Israel to light up Georgia with state’s first solar field

As part of its renewable energy initiative, Georgia Power is building nine other solar fields throughout the state with different companies. 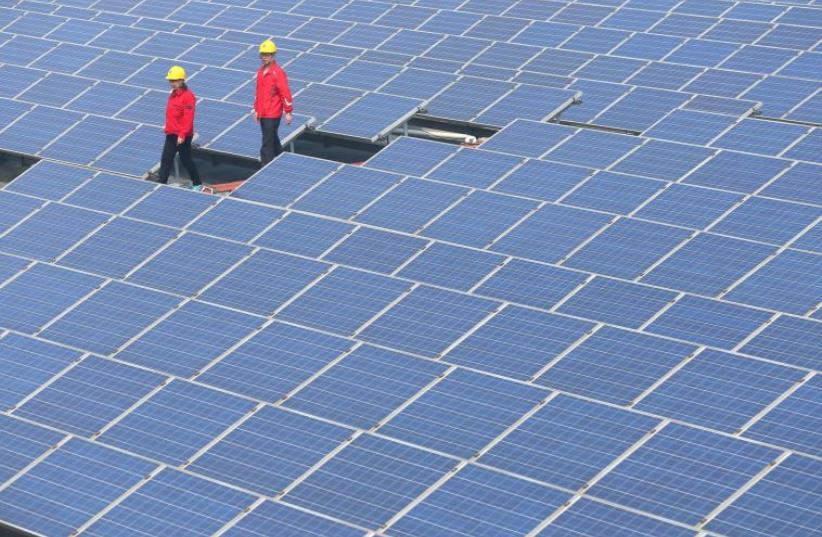 Workers walk past solar panels in Jimo, Shandong Province, China
(photo credit: REUTERS)
Advertisement
Israel will be a literal light upon the nations – at least in the US state of Georgia, that is – after an Israeli solar energy company opens the state’s first commercial- scale solar field on Friday.On Friday, Georgia Power and Energiya Global subsidiary Energiya USA will inaugurate the 24-hectare (59-acre) solar power field in Glynn County, Georgia after winning the competitive $30 million tender in 2014. As part of the 20-year contract, with the state power giant, it will produce 22.5 megawatts of electricity.As part of its renewable energy initiative, Georgia Power is building nine other solar fields throughout the state with different companies.Ahead of the inauguration, Energiya CEO Yosef Abramowitz said that “as an Israeli company, we are proud to help the US government take advantage of the land’s potential, especially in the field of solar energy.”Before the field’s inauguration on Thursday, Energiya will first receive the “Deal of the Year” award from Conexx America-Israel Business Connector, which links Israeli and American businesses, at their annual Eagle Star Gala.The accolade is awarded to Israeli companies active in the US that are deemed “groundbreaking.”Guy Tessler, president of Conexx, said that Energiya USA was chosen for this year’s award because the company is “not just looking for a business venture but adding to the community.”Aside from the solar power field, Energiya USA created a STEM (Science, Technology, Engineering and Mathematics) education initiative in the Glynn County school system.The field in Glynn County is Energiya’s 10th commercial- size solar field worldwide, and the latest after a setting up East Africa’s first solar power field in Rwanda through the Power Africa project launched by US President Barack Obama.Abramowitz, sometimes nicknamed Captain Sunshine, has managed to do much for Israel’s solar industry in the 10 years since making aliya with his family.Through his ventures, he has helped bring Israel’s south to 60 percent solar energy power use during daytime hours.