According to the indictment, teenage girl from Ramle was in a relationship with a Muslim man for over a year arousing “vehement opposition” from her parents. 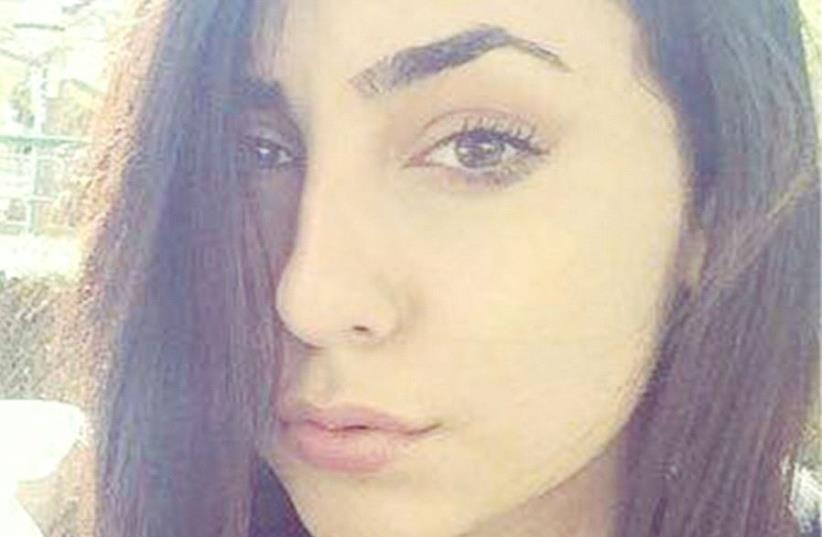 HENRIETTE KARA was found dead on Tuesday in the kitchen of her Ramle home with stab wounds on her neck. A week prior, she went to the police and filed a complaint about domestic violence.
(photo credit: FACEBOOK)
Advertisement
Central District state prosecutors filed an indictment on Sunday against Sami Kara, 58, for allegedly killing his teenage daughter Henriette Kara because she was in a relationship with a Muslim man.In June, Henriette, 17, was found stabbed to death in her family’s home in the central town of Ramle a day after she graduated from high school.The killing sparked a wave of outrage from Israeli-Arab MKs and community leaders accusing the police of failing to properly protect the teenager after she had previously complained of being attacked by her father.According to the indictment, Henriette, an Israeli- Arab Christian, was in a relationship with a Muslim man for over a year, arousing “vehement opposition” from her parents, which was expressed in violence against her and threats forcing her to flee her home in May.In one incident in early June, Kara, allegedly beat Henriette and threatened her, stating, “I would spend my whole life in jail. I don’t care.”Then on June 12, Henriette called a family member and told that person she had deposited money in a prison canteen for her boyfriend – who was jailed at the time on charges unrelated to the indictment – and said that after her boyfriend leaves prison she would convert to Islam. The relative then told the defendant of Henriette’s actions and a short time later he allegedly committed the murder.According to the indictment, Henriette’s actions in the defendant’s view “damaged the honor of the family and made [Sami Kara] feel ashamed.”“The defendant decided to cause the death of the deceased and in order to realize his goal he was equipped with a knife. The defendant stabbed the deceased three times, causing her death on the spot,” the indictment said.The prosecution cites circumstantial evidence in the indictment including testimony of a social worker who spoke with Henriette and text messages she sent a friend.“You won’t believe what they did to me... They are sending people to kill me,” one message read.“They are searching for me in every possible place,” another message said, “You don’t understand what fear this is. I don’t believe I have the strength to stand on my feet and run away.”The prosecution also said that defendant was the only one with the deceased at the time and place of her murder.Henriette’s mother, who spoke with her daughter over the phone shortly before she was killed, said she heard a knock on the door and a male voice during their conversation.Henriette said she approached the door and then told her mother she would finish the conversation later.Attorneys Shukri Abu Tabik and Giora Zilberstein who represent the defendant said that their client is not guilty and criticized the prosecution’s evidence. “It’s no secret that the family had a bad relationship, so to speak, between the deceased and her family in light of the criticism her family had of her behavior. In my opinion, this did not lead to murder and could not lead to murder. The complaints against [Henriette] were only to reunite the family,” the lawyers told Ynet.“The police arrested three members of her family: Sami, her uncle, and brother, held them for a long time in detention, and the fact that the police today could not bring charges against others shows that they are trying to patch together an indictment against Sami. There is no direct evidence that he participated in the murder and no forensic evidence. His shirt was sent to the forensic unit to search for blood remains, and the answer is unequivocal: The murder weapon was not caught, the police are trying very artificially to indict him, and I am sure that he will eventually be acquitted.”The murder of the Christian girl sent shock waves through Ramle, with Kara’s classmates convinced she was killed by her father for being romantically involved with the young Muslim man.Mixing between Christian and Muslims in Ramle and Lod is not uncommon, however, such relationships leading to murder are not common, residents said.At the Naamat High School in Lod where Henriette studied, a Jewish classmate who spoke to The Jerusalem Post in June and asked not to be identified, said that “Christians, Jews and Muslims are all in shock. She was someone who loved life. She had a good character and a lot of friends. She wanted to do a lot of things. She had a graduation party and was murdered the next day.”Ben Lynfield contributed to this report.