Israel and Cyprus have participated in several military drills over the past few months. 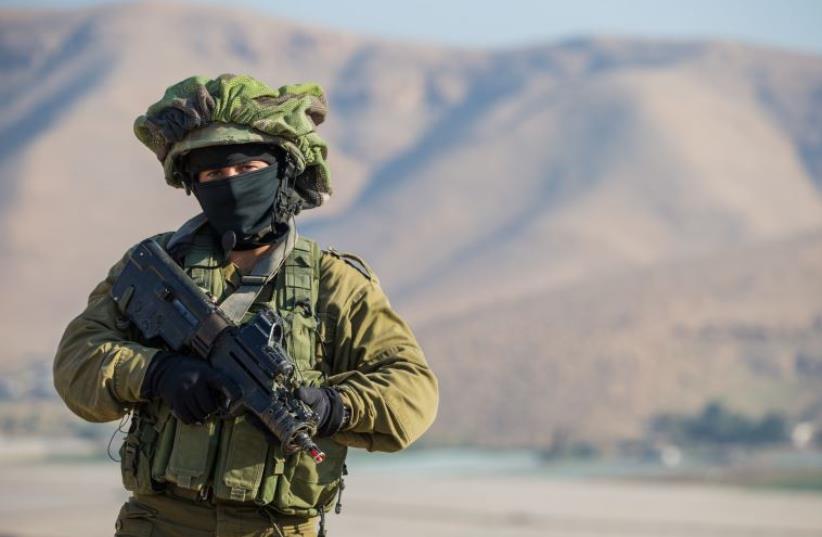 IDF commandos complete their training in central Israel
(photo credit: IDF SPOKESPERSON'S UNIT)
Advertisement
Israel has sent a large number of commandos to Cyprus for the largest land-based joint drill ever to take place between the two countries.According to Cypriot media, the weeklong exercise will take place in the areas of the Troodos Mountains and focus on scenarios for occupying and liberating villages, as well as survival strategies A reported 400 Israeli commandos, as well as attack helicopters and fighter jets, will take part in the drill, in what is believed to be the first time such a large number of Israeli commandos will take part in a military exercise in Cyprus.The planned drill is said to have unnerved Cyprus’s adversary, Turkey, which used to participate in annual joint navy and air force drills with Israel. After ties between Ankara and Jerusalem were downgraded following the Mavi Marmara incident in 2010, Israel turned to Greece and the Greek Cypriots for military exercises of air, sea, and ground forces.Israel, Cyprus and neighboring Greece are close allies and share a number of strategic interests.While all have shared economic interests, such as an ambitious project to build an undersea gas pipeline from Israel to Cyprus to Crete to mainland Greece, the three countries also hope to keep the Russian-Iranian-Hezbollah axis from growing.Turkish troops invaded and occupied the northern part of Cyprus in 1974 and relations between Larnaka and Ankara remain tense. On Friday, Turkey announced that they would hold its own military exercise within Cyprus’s exclusive economic zone (EEZ) southwest of the town of Paphos.Also on Friday, Turkey’s Energy Minister Berat Albayrak announced that Turkey would commence “drilling in the Mediterranean before the end of the year,” including in the waters off the coast of northern Cyprus.Cyprus President Nicos Anastasiades, speaking at the American Jewish Committee’s Global Forum in Washington on Monday, said geostrategic cooperation can serve as the “perfect incentive” to resolve the Cyprus problem.“This would certainly serve the interests of our key neighboring partners such as Israel, as well as Jordan and Egypt. It is for this reason that efforts to reach a comprehensive settlement that will reunify Cyprus and its people, Greek Cypriots and Turkish Cypriots alike, has been at the top of my agenda.”Israel and Cyprus have taken part in several military drills in recent months, including in late May when Israel sent representatives to Cyprus to observe the four-day annual maritime search and rescue and noncombatant evacuation Argonaut drill in which 22 countries practiced scenarios such as dealing with a terrorist hijacking and coping with an influx of civilians fleeing a conflict in the Middle East.In March, Israel participated in a three-day joint military exercise with Cyprus in which the IAF tested Cypriot air defense. Named Onisilos-Gideon, it was the largest drill since 2014 when the two countries agreed to hold joint exercises as part of their military cooperation.