The Good News Network ranked at the top of the list, followed by Some Good News with John Krasinski. 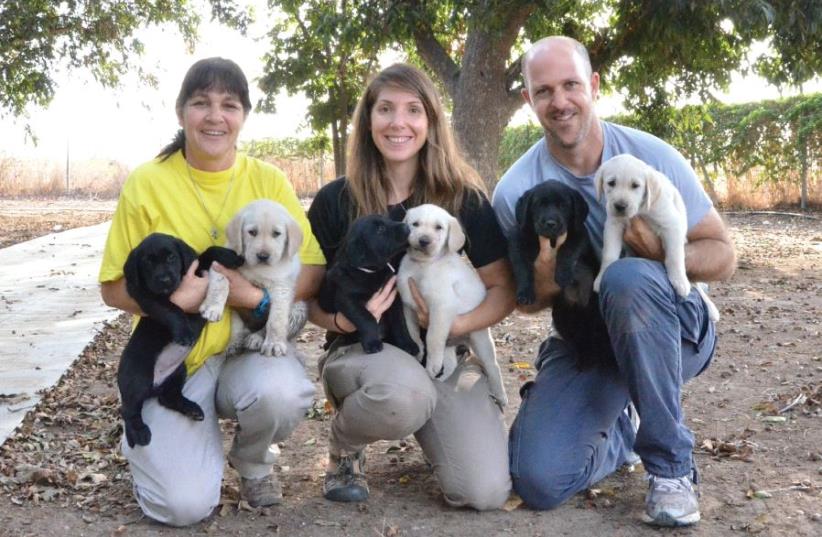 From the puppy-raising department: (from left) Orna Braun, Dana Halperin, Eli Ben-Boher
(photo credit: ELI BEN BOHER)
Advertisement
Israeli company Natural Intelligence, which created detailed "best of" and "top 10" lists, drafted a list of the top ten websites which report on "good news" only - choosing to refrain from covering many of the volatile stories covered in the daily news cycle."It’s no secret that traditional news and media outlets mainly focus on negative stories. According to the Good News Network, as homicide in the US decreased by 42 percent in the 1990s, television news coverage of murders shot up by more than 700 percent," Natural Intelligence said in its review. "To combat the media bias toward negative news, Geri Weis-Corbley founded the Good News Network, GNN, a website that seeks to balance out all the negativity with positive, uplifting news that most mainstream media outlets ignore."The Good News Network ranked at the top of the list, followed by Some Good News, which was created by actor John Krasinski after he realized good news wasn't fully being represented during the coronavirus pandemic. The latter was sold to ViacomCBS following its widespread success; CBS now intends to make it a part of their daily news cycle.Over the past decade, many of those fed up with the focus on negative media coverage have branched out and developed "good news" websites - such as Good News Network - for users to learn about the good in the world instead of focusing on the daily doom and gloom the bulk of the world is used to reading about."Today, you can have your pick from several good-news websites, each with their own unique style, slant, mission, and vision. The research team at Natural Intelligence developed a concise framework to recognize the top 10 'good news' websites and what the sites have to offer," Natural Intelligence said in a press statement. "These sites range from publicly-traded companies to nonprofits to personal blogs. They include news articles, stories, inspiring quotes, videos, pictures, and jokes. What’s more — they are chock-full of content, proving that there really is a lot of good going on in the world, the trick is to focus on it."The complete rankings are listed below:1) The Good News Network2) Some Good News with John Krasinski3) The Optimist Daily4) Today: Good News5) DailyGood6) Goodnet7) ServiceSpace8) 1000 Awesome Things9) Sunny Skyz10) OnlyGood TV