His brother, Yitzhak Abergil, is expected to be sentenced to 30 years in prison for a range of murders and failed attempts on rival crime boss Ze'ev Rosenstein. 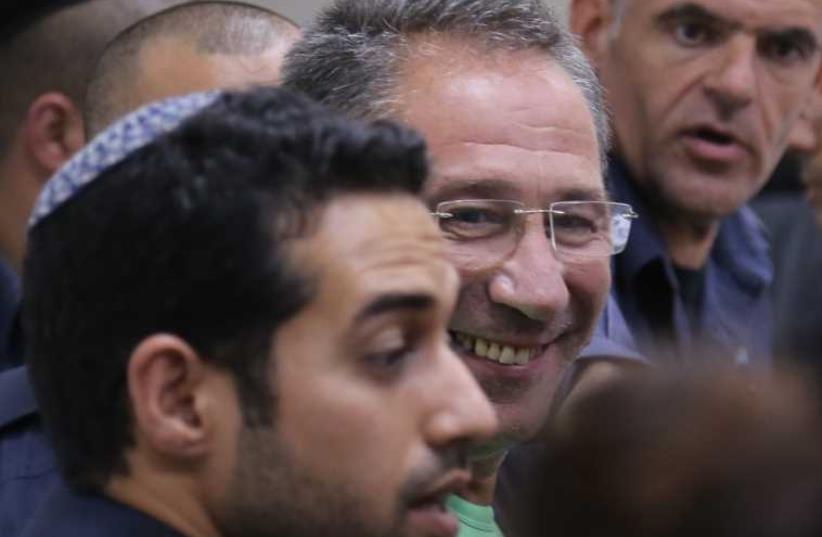 Meir Abergil
(photo credit: REUTERS)
Advertisement
Meir Abergil, one of two brothers who were on top of the Israeli underworld for years, was sentenced by the Tel Aviv District Court on Wednesday to five years in prison for a combination of conspiracy to commit a felony, drug offenses and economic crimes.His brother, Yitzhak Abergil, is expected to be sentenced in the future to 30 years in prison for a range of murders and failed attempts on rival crime lord Ze’ev Rosenstein, including one in Tel Aviv in December 2003 that left three bystanders dead and dozens wounded.Around a dozen associates of the Abergils are also expected to be convicted in Case 512, which covered a global drug-trafficking, money-laundering and tax-evasion network run by the Abergil family when it was on top of the Israeli underworld, mainly from 2002 to 2006.In July 2015, the Abergils and 18 other associates were indicted and arraigned by the Tel Aviv District Court for the massive crime spree.The case had seized headlines for months, largely because of the more than half a dozen mob bosses included among the more than 40 suspects.The case includes seven state’s witnesses mentioned in the indictments, among them well-known and feared mafia enforcers, drug traffickers and associates of the Abergil family.Yitzhak Abergil has been in prison for a range of criminal offenses linked to his time as one of the country’s leading crime bosses.He also served some jail time in the US prior to his extradition in January 2014.His extradition and conviction in the US were the result of one of the most complex joint Israel-US criminal investigations ever carried out, especially in light of his stature in the organized crime world.The 2015 indictment focused on the criminal syndicate’s operations from 2002 to 2006, when it imported and exported ecstasy, cocaine, hashish and other drugs around the globe, from North America to New Zealand, Japan, Europe and South America. The drug trafficking reached a value of at least NIS 227,949,856 during that time period, the indictment alleged.Yitzhak Abergil was at the top of the totem pole and managed all the different arms of the organization – the primary groups being in Israel, Europe and Japan.On December 11, 2003, the group activated a bomb when Rosenstein was nearby, killing bystanders Rahamim Tzruya, Moshe Mizrahi and Naftali Magad, and wounding Rosenstein and 50 others, including bodyguards and bystanders.