The Construction engineering wing in the Israeli Ministry of Defense will start a 20 million NIS shielding project in Ashkelon and Sha'ar HaNegev. 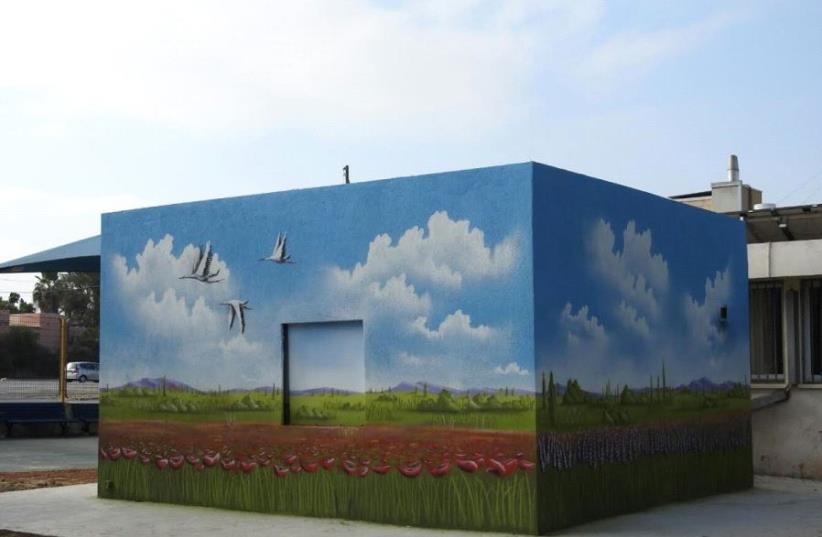 Shielding classrooms and kindergardens near to the Gaza strip.
(photo credit: THE ENGINEERING AND CONSTRUCTION DIVISION OF THE ISRAELI MINISTRY OF DEFENCE.)
Advertisement
The Israeli Ministry of Defense has been constructing shields around classrooms and kindergartens near the Gaza Strip at a cost of millions of NIS ever since Operation Protective Edge ended in August 2014. Now they will expand the shielding efforts to include classrooms and kindergartens in Ashkelon and Sha'ar HaNegev. At a cost of 20 million NIS, the project is a continuation of a three-year effort to provide protection for Israeli children and minors in range of Hamas rockets. During Operation Protective Edge, Hamas fired rockets aimed at Israeli civilians, killing six people. Schools and Kindergartens within firing range of Hamas ceased normal operations out of fear for the safety of their young students. While the Israeli Iron Dome missile defense system gained worldwide attention for achieving a 90% success rate at intercepting rockets it deemed a serious threat to Israeli lives, the system was not designed to prevent all rockets, and Israeli infrastructure suffered severe damage.