Amir Ohana, father of 3, is missing in Uman since Tuesday after heading into the forest to meditate. 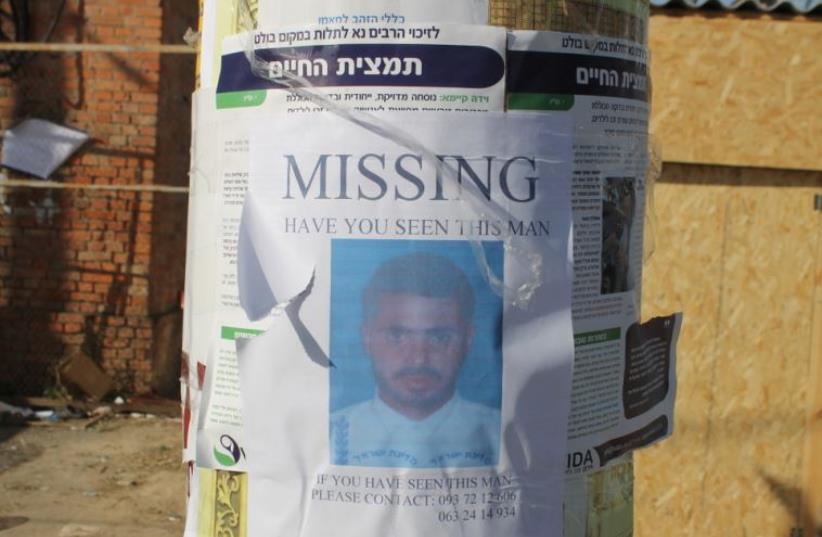 28-year-old Israeli, Amir Ohana, missing in Uman
(photo credit: NEWS 24)
Advertisement
Volunteers are searching around Uman, Ukraine for an Israeli pilgrim who went missing there over Rosh Hashana.Every year, the small town attracts tens of thousands of pilgrims looking to pray over the holiday at the grave of the 18th-century hassidic Rabbi Nahman of Breslov.Amir Ohana, a 28-year-old father of three from Holon, went missing Tuesday morning when he headed into a nearby forest with a friend to meditate. When his friend was unable to locate him, he reported Ohana as a missing person to both local and Israeli police. The police began combing the forest and searching the river.Ohana’s wife took to Facebook to ask for help in the search.“My husband loved traveling to Uman for Rosh Hashana meditation,” she wrote. “He disappeared into the forest and they have been searching for him for over 30 hours.”“Amir my love, my heart goes out to you in prayer,” she added. “Come back to me. To all who see this message, pray for my husband.”The Foreign Ministry said it first learned of Ohana’s disappearance early Wednesday morning, some 17 hours after he was last seen.According to a Foreign Ministry spokesman, the beefed-up Israeli diplomatic delegation that was sent to Uman to provide consular services for the large influx of Israelis who go each year, worked together with the local authorities and local police, as well as 15 Israeli police who are there, to search for him.The search teams included divers to search the lake, and squads with sniffing dogs to scour the forest. In addition, Israeli diplomats checked in with local hospitals.The Foreign Ministry said about 30,000 Israelis traveled to Uman for Rosh Hashana this year, most of whom flew back home on Thursday.Israel’s ZAKA emergency response organization has been on the scene since Wednesday, interviewing potential witnesses and gathering whatever information they can “just to get an idea where to even start,” said Yossi Frankel, who is coordinating the group’s effort’s from Jerusalem.Aside from the local Ukrainian branch of Zaka, a team of four search and rescue experts was dispatched from Israel and a drone unit is on the way, he added. ZAKA is currently working on authorization to send its canine unit.Frankel said there are dozens of Breslov hassidim combing the area according to map grid coordinates.According to Hillel Cohen of Hatzalah Ukraine, Ohana has epilepsy.Also on Thursday, a Jewish man in Uman was rushed to Kiev by ambulance after suffering a heart attack, Cohen said.