The former nuclear technician at the Negev Nuclear Research Center in Dimona previously served an 18-year prison sentence for revealing information about Israel’s atomic program in 1986. 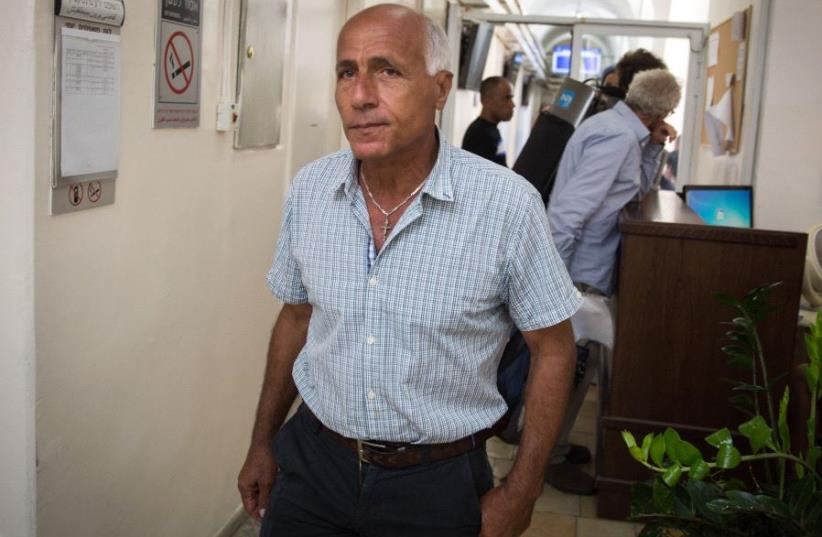 Mordechai Vanunu at the Jerusalem Magistrate's Court
(photo credit: MARC ISRAEL SELLEM/THE JERUSALEM POST)
Advertisement
The Jerusalem Magistrate’s Court gave Israeli nuclear-secrets leaker Mordechai Vanunu a two-month suspended jail sentence on Monday for violating the conditions of his previous release, having met with foreigners in recent years.The court’s suspended sentence would require that Vanunu only serve the two months in prison if he commits another similar violation in the next three years. He was also sentenced to 120 hours of community service on Monday as a result of his January conviction on the charges.The former nuclear technician at the Negev Nuclear Research Center in Dimona served an 18-year prison sentence for revealing information about Israel’s atomic program in 1986. After his release from jail in 2004, Israeli defense authorities barred Vanunu from traveling abroad or speaking with foreigners without approval, alleging he has more details to divulge on the Dimona atomic reactor.Besides the conviction for violating his unique release conditions, Vanunu was acquitted in January of two other charges: giving an interview and revealing more classified information with Channel 2 in September 2015 and moving his residence without approval.Vanunu was arrested in September 2015, emerging from a court hearing telling the awaiting press that he charged State Attorney Shai Nitzan with “abusing him.”The 2015 arrest and investigation were ordered by the Shin Bet (Israel Security Agency), which is also responsible for monitoring the conditions of his parole.Vanunu’s interview with Channel 2 in September 2015 was his first interview with a Hebrew-language Israeli media outlet since his arrest in 1986.In the portion of the interview which was aired on television, Vanunu talked about his motivations for revealing the information and his struggles and anger with Israeli authorities, but he did not discuss the substance of the information itself.On the air, Vanunu told Channel 2 that his decision to photograph sensitive nuclear facilities at Dimona and reveal information that Israel had kept secret until that point was motivated by his desire to “inform the citizens of the Middle East, the world, and the State of Israel.”The former technician said that he had gradually adopted left-wing views during his employment at Dimona, and that he was horrified at “the danger” of Israel’s nuclear weapons program.Vanunu was jailed as a traitor in 1986 after discussing his work as a technician at the Dimona nuclear reactor facility with Britain’s Sunday Times newspaper, an interview that led experts to conclude that the facility had produced fissile material for as many as 200 atomic warheads.Israel, meanwhile, holds the official position of neither confirming nor denying possession of nuclear weapons.Vanunu denies that he poses a security risk, but says he will pursue anti-nuclear activities and wants to live abroad.Jerusalem Post Staff contributed to this report.