Israel and its flag do not appear on the Profile Frames feature on facebook in its alphabetical place and features the flag of the Israeli Olympic Committee. 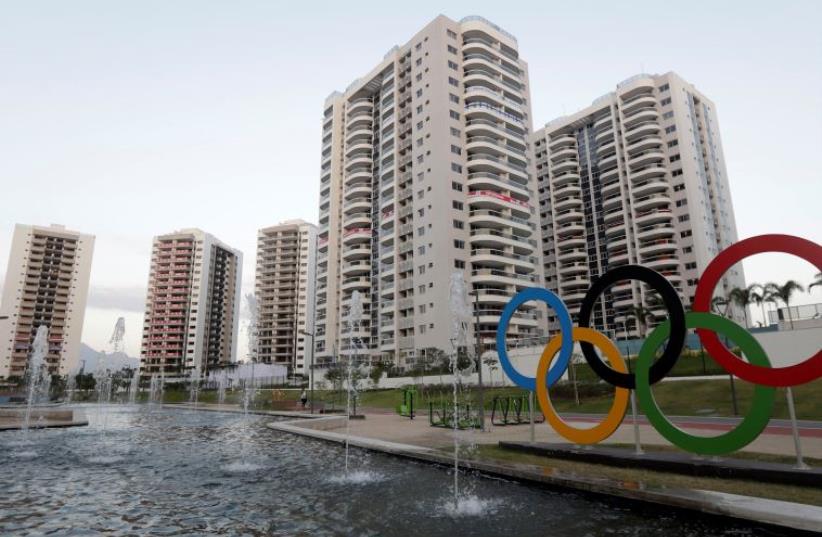 General view of athletes' accommodation for the 2016 Rio Olympics Village in Rio de Janeiro, Brazil
(photo credit: REUTERS)
Advertisement
JERUSALEM (JTA) — The Israel Olympic Committee sent a letter of protest to Facebook after receiving complaints that Israel was unaccountably placed last in an alphabetical listing of countries and groups competing in the Rio Olympics.A feature called Profile Frames, which allows users to add a national flag and the Rio 2016 logo to their profile picture, lists 206 countries and groups, such as refugees, competing in the Rio Games. Israel and its flag do not appear on the list in its alphabetical place; Israel appears at the end, after Zimbabwe, and features the flag of the Israeli Olympic Committee.A number of other countries, including the United States and Great Britain, are also represented by their Olympic committee logos or other symbols.The Israel Olympic Committee’s  letter of was in response to several messages on its Facebook page complaining of the omission, Ynet reported.This isn't the first time Israel was snubbed online during the Olympic games. In the 2012 BBC listed Israel with no capital, while listing east Jerusalem as the capital of Palestine. After the Prime Ministers Office launched a campaign demanding a correction, BBC updated their site listing Israel as the capital. Jpost.com staff contributed to this report.