Police angry over bill to strip commissioner of budgetary authority

Commissioner Roni Alsheich to the Public Security Ministry came out against the proposal, saying it would be a “gross violation of the rule of law.” 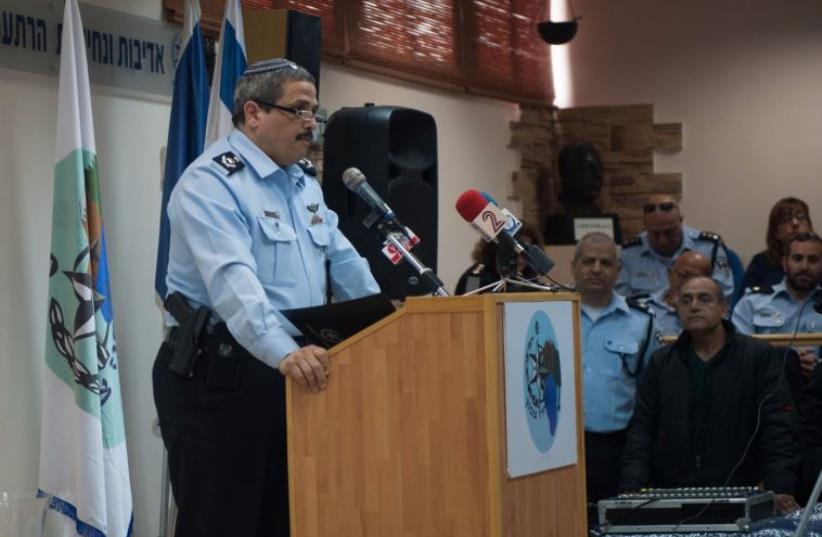 Police Commissioner Roni Alsheich‏
(photo credit: POLICE SPOKESPERSON'S UNIT)
Advertisement
A proposed law that would transfer management of the Israel Police budget from Commissioner Roni Alsheich to the Public Security Ministry has sparked ire from current and former police officials who say it is an attempt to undermine the force’s political independence.According to the bill, which will be presented to the Ministerial Committee for Legislation on Sunday by Likud MK David Amsalem and MK Moshe Gafni of United Torah Judaism, the multi-billion shekel police budget would be placed under the management of the Public Security Ministry, currently led by Likud MK Gilad Erdan.The ministry already plays a role in drafting and determining the police’s annual budget.However, the commissioner remains responsible for the day-to-day and long-term budget management. This is unlike the situation for other security bodies, such as the IDF and the Defense Ministry for example. Police officials have long opposed attempts to restrict their budgetary independence, arguing that it is necessary to prevent political interference, especially regarding investigations.“The police must have full freedom. It would be the end of democracy once the police comes under pressure from politicians like the public security minister,” Ass.-Ch. Arieh Amit, a former head of the Jerusalem District, told The Jerusalem Post on Wednesday. “Let’s say the commissioner says he needs NIS 2 million for investigators to fly to the United States for an investigation of the prime minister. The minister can say no.”Alsheich also came out against the proposal, saying it would be a “gross violation of the rule of law.”Amsalem, who chairs the committee that oversees the police, accuses the force of skirting proper oversight in its budget. “The commissioner wants to receive a check of NIS 14 billion once a year and goodbye,” he told Israel Hayom.Regarding accusations of political interference, Amsalem said the police are being oversensitive.“Everything for them is connected to the investigations; even if I cancel their sports activity day, they will say that it harms the investigation of the prime minister.”Sunday’s bill is the latest incident in an acrimonious relationship between Amsalem and the police upper echelon. In May, the Likud MK proposed mandating polygraph tests for all investigatory officers, angering police. Previously, Amsalem floated a bill to shield a sitting prime minister from police investigation, saying there is “motivation to remove the Right from power.”On Wednesday, the Retired Police Commissioners and Assistant-Chiefs Forum sent a letter to Attorney-General Avichai Mandelblit stating that such a proposal has “no place in a democratic country” and could “introduce political considerations” into police decisions.“The transfer of the police accounts to the Public Security Ministry will effectively turn the minister into ‘a police commissioner’ and will contradict the definition of the minister’s duties as determined by the law and the High Court’s interpretation,” they wrote.“Such intervention by the political echelon is not only dangerous in the area of investigations, whose sensitivity is understood by all, it is also problematic when it comes to police activity in other areas,” the retired officers forum said.“It’s unthinkable that a political authority can decide on the allocation of operational resources for enforcement related to the evacuation of [West Bank settlement] outposts on the one hand or activity against left-wing organizations on the other, and this is only one example of many,” they said.Amit, a member of the forum, added that the forum would file a petition against the bill with High Court of Justice if it advances on Sunday.A spokesman for Erdan did not return a request for comment on the proposed legislation.