Refaeli was called in for further questioning on Thursday as the investigation into alleged tax evasion by the former Sports Illustrated cover girl and her mother, Tzipi Refaeli, continues. 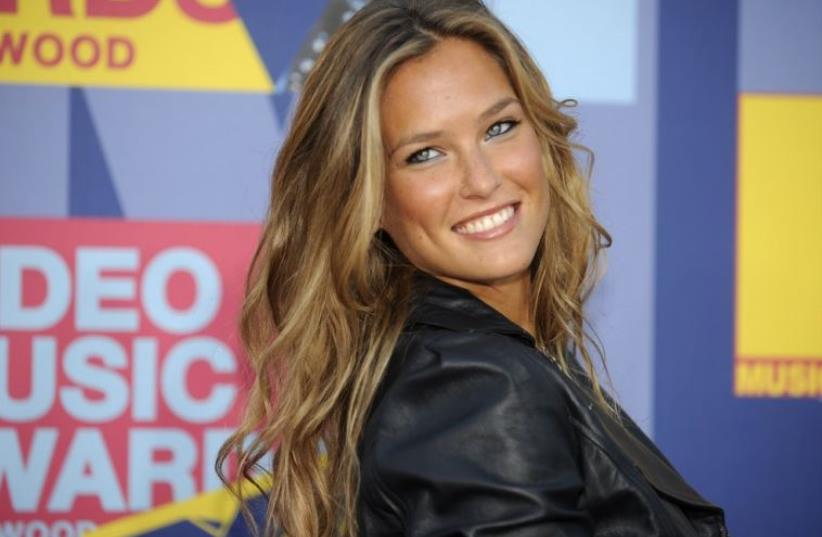 Model Bar Refaeli poses as she arrives at the MTV Video Music Awards in Los Angeles
(photo credit: REUTERS)
Advertisement
Israeli tax investigators believe that they have amassed enough evidence to serve as the basis for a criminal indictment against supermodel Bar Refaeli, The Jerusalem Post’s Hebrew-language corporate sister publication Ma’ariv is reporting on Thursday.Refaeli was called in for further questioning on Thursday as the investigation into alleged tax evasion by the former Sports Illustrated cover girl and her mother, Tzipi Refaeli, continues.The investigation “is not close to ending,” a source told Ma’ariv. Nonetheless, it appears that the information obtained by investigators is sufficient to warrant a criminal indictment.
The case against Refaeli first made headlines last month when tax officials alleged that the supermodel and her mother failed to report tens of millions of shekels in income earned for work done abroad.Refaeli was questioned for hours last month by tax officials in Tel Aviv as part of an ongoing investigation into alleged financial irregularities.Investigators also suspect that Refaeli was delinquent in reporting “celebrity perks” that she received, the value of which exceeded tens of thousands of shekels.Refaeli was permitted to return home after being questioned, as was her mother.Tax officials quizzed Refaeli as to why she did not pay NIS 40,000 in rental fees for her apartment at the W Prime tower in Tel Aviv. Refaeli told investigators that her mother kept the apartment ready for her once she had decided to return to Israel.The model was also questioned about the circumstances of services rendered to her by a designer at a steep discount. Tax authorities suspect that Refaeli paid the designer – who was also questioned – NIS 40,000 for work that is believed to be valued at NIS 100,000.The designer acknowledged that he did, in fact, give Refaeli a significant discount in exchange for which she would offer public relations services on his behalf. Tax authorities also grilled Refaeli about a luxury car that she is alleged to have received for free. Officials say that Refaeli did not report receiving the gift, and that in lieu of payment, she made promotional appearances and did public relations work on behalf of the car manufacturer from whom she accepted the vehicle.The supermodel was also asked why she claimed that she resided abroad. Tax officials say that Refaeli and her mother did not divulge tens of millions of shekels in income generated from her modeling work abroad.In response, Refaeli told investigators that she considered herself to be an expatriate, thus necessitating less tax payments to the Israeli government. Officials are trying to determine whether Refaeli can be considered a resident of Israel, which will go a long way toward determining the amount of taxes she needs to pay. Refaeli and her mother were the subject of a lengthy, undercover investigation by tax officials who allege that they filed false reports while claiming that the supermodel was living abroad.