“It is impossible to describe the scope of the disaster. Millions of people are without power, there is great confusion and distress."

A building collapses in Mexico in the aftermath of a devastating earthquake on September 19, 2017..
Advertisement
In the aftermath of the lethal 7.1 magnitude earthquake that struck Mexico on Tuesday, Israel is extending its support to its Latin American neighbor and sending both an IDF as well as a Mexico-based ZAKA team (Israel's primary rescue and recovery volunteer organization) to assist victims of the disaster. The IDF aid team set out from the Nevatim airbase on Wednesday aboard a "Re'em" IAF aircraft, and among it are 70 soldiers and officers in mandatory and reserve duty, hailing from both the Israel Air Force and the Home Front Command. Heading the delegation is Col. (Res.) Dudi Mizrahi, Commander of the National Search and Rescue Unit in the army's Home Front Command. Some other members of the team are engineering experts, who according to the IDF are slated to help Mexico evaluate the damage caused in the disaster zone and determine which infrastructure is safe to use. Additionally, search and rescue troops were sent on the mission to assist. 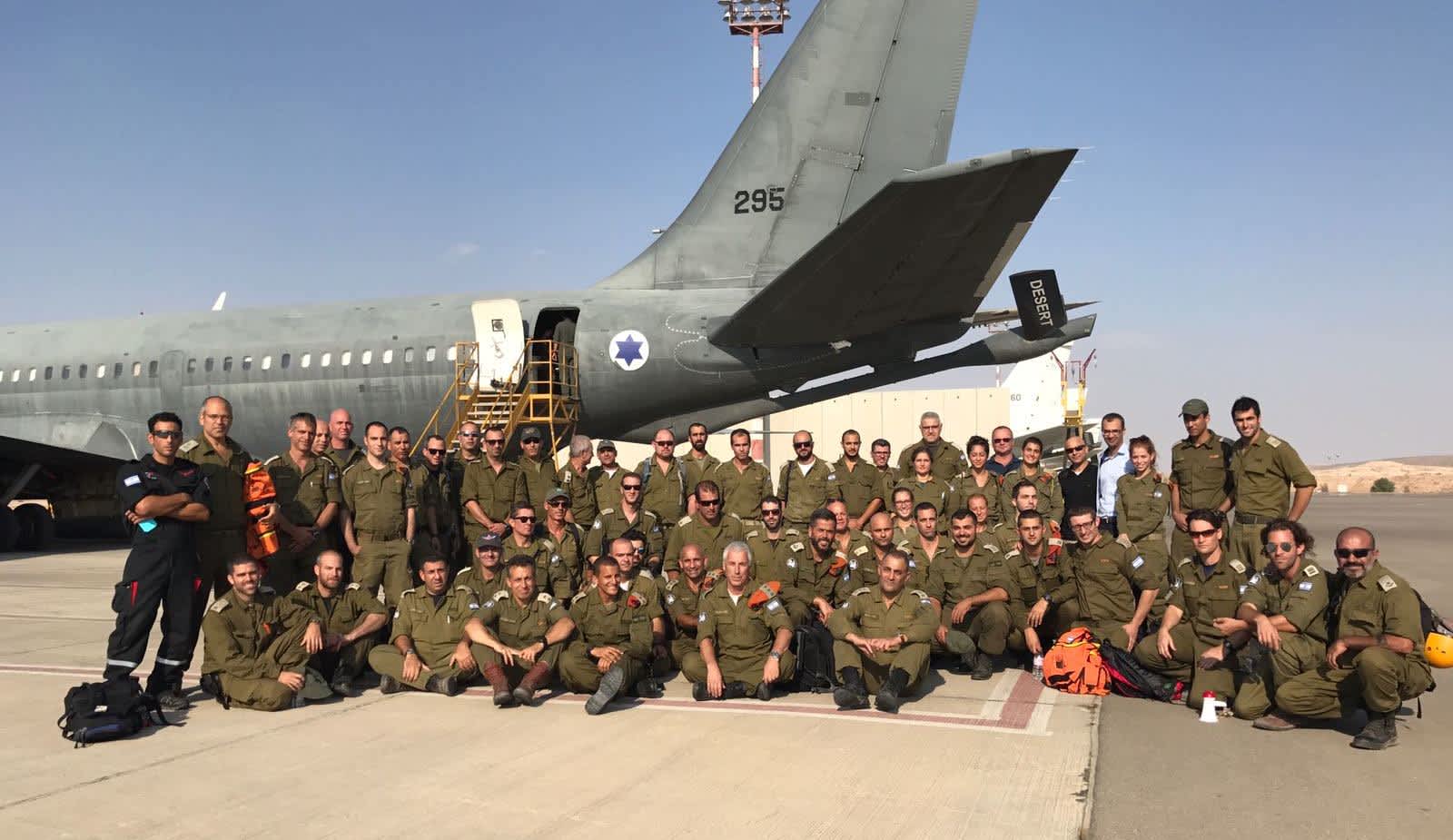 Volunteers from ZAKA Mexico, an offshoot of the Israel-based organization, are also assisting in the search, rescue and recovery efforts. “It is impossible to describe the scope of the disaster. Millions of people are without power, there is great confusion and distress," ZAKA Mexico commander Marcus Cain stated.The earthquake also caused major structural damage, including the collapse of a school in Mexico City that killed at least 22 children and two adults.ZAKA Mexico volunteers are currently involved in the search and rescue of a Jewish resident trapped in another building collapse, ZAKA International Rescue Unit Chief Officer Mati Goldstein confirmed.The threat of building collapse is causing worries for members of the Mexican-Jewish community ahead of the high holidays when many will attend religious services.“Engineers have been dispatched to local synagogues to ensure that Rosh Hashana services can safely take place," ZAKA Mexico volunteer Benjamin Shechnazi said.Since September 2016, ZAKA has trained 70 Mexico City-based volunteers. All volunteers, working in two teams of 35, are on call to assist earthquake victims.

Israel sends prayers for the injured & condolences for those killed in Mexico's devastating earthquake. Godspeed to Israeli support teams.

Deputy Minister of Foreign Affairs Tzipi Hotovely on Wednesday sent condolences to the Mexican people and encouragement to Israeli support teams assisting in the rescue operations.A statement by the Prime Minister's Office said Israel's ambassador to Mexico was already in talks with local authorities over where to send aid.The earthquake hit 120 kilometers south of Mexico City and has killed at least 217 people, according to figures from Mexico's Civil Protection Agency. Tuesday's quake is the second to hit Mexico in just two weeks' time. On September 7, a magnitude 8.1 quake killed at least 90 people when it struck the country's southern coast.Joy Bernard contributed to this report.