The incident came quickly after the Foreign Ministry dealt with an Israeli who was arrested in the airport in Malta because he was found with brass knuckles in his bag. 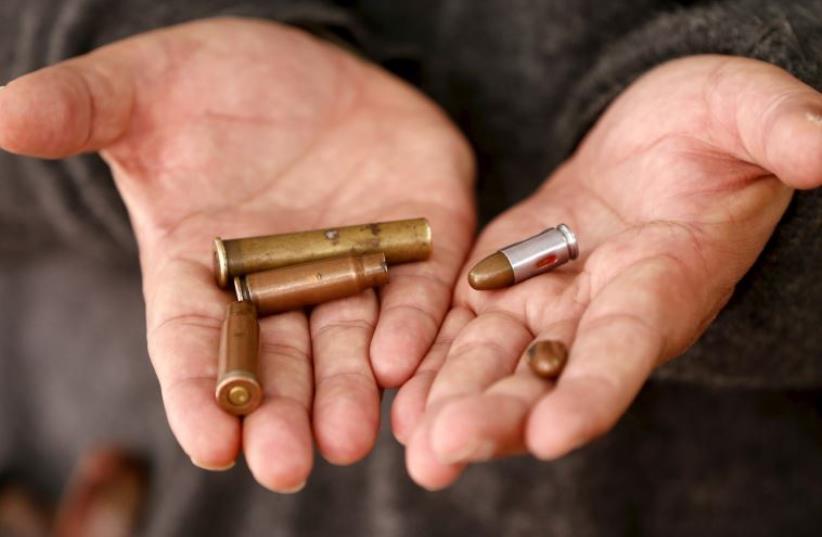 Bullets [file]
(photo credit: REUTERS)
Advertisement
The Foreign Ministry renewed its advisory to Israeli travelers to check their bags for stray bullets before traveling abroad following the arrest on Sunday of a young Israeli couple at the Tbilisi airport when a bullet was found in their bags.According to a Foreign Ministry spokesman, the two were released from detention, but need to stay in Georgia until the investigation into the matter is completed. Israel’s consul in the city, Smadar Zemach-Razabi, is providing assistance to the couple.The incident came after the ministry had to deal with an Israeli who was arrested in the airport in Malta because he was found with brass knuckles in his bag. The young man was held for two days and then deported.The ministry issued a statement urging Israelis to check their bags and suitcases very well before traveling to “find parts of weapons and bullets, whether crossing a land border or flying to destinations abroad.” This will prevent a great deal of unnecessary distress for travelers and their families.According to the statement: “Bringing weapon parts to a foreign country is a criminal offense which could lead to investigation, arrest and trial, and in the best situation will end up with a lengthy delay in the country of destination and the payment of a heavy fine.”