Wife of 40-year-old from Tel Aviv was also wounded by suicide bomber in central Istanbul. 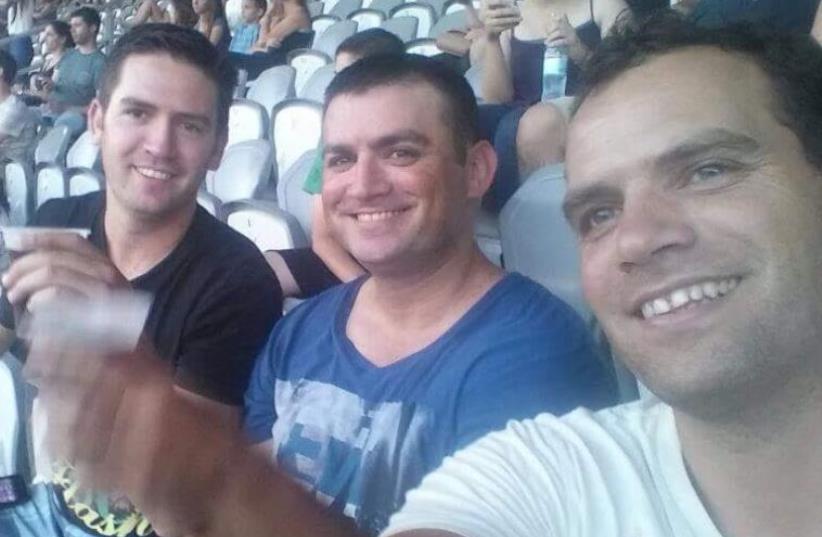 Yonatan Suher (center)
(photo credit: Courtesy)
Advertisement
Yonatan (Yoni) Suher, 40, from Tel Aviv was named on Sunday as the second of three Israeli victims killed in a deadly suicide bombing in central Istanbul on Saturday.At the time of the attack, Suher had been on vacation with his wife, Inbal, in the Turkish city on the occasion of his birthday. Inbal was also wounded in the blast. The couple has two children.Suher was raised on Kibbutz Shiller in central Israel. He had served in the IDF's Military Police Corps and received a law degree before working in the high-tech industry.Suher's family and the kibbutz released a statement Sunday saying: "We are grateful to the Foreign Ministry and MDA (Magen David Adom) medical teams for the assistance they have given us so far, and we pray for the well-being of Inbal, who was injured in the attack and underwent surgery last night in Turkey."A friend who had worked with Suher in the past said he had been shocked upon notification of Suher's death, and recalled him as a gifted young man who loved sports. "He was a talented young man who changed the face of society and made it better," the friend said. "Yoni always had a smile on his face, he always made things seem much easier and better."On Saturday, a suicide bomber killed four people and wounded 36 others, including 11 Israelis in a busy shopping district in central Istanbul. There was no immediate claim of responsibility for the attack.Simcha Dimri, 60, of Dimona has been identified as another of the Israelis killed in Saturday’s deadly suicide blast on Istanbul’s Istiklal Street.The bodies of the Israeli fatalities were due to be repatriated back to Israel on Sunday.Meanwhile, Israeli emergency and medical crews were working to return home all of the Israelis wounded in the attack.