Following a report by 'Yediot Athronot' detailing the plight of Alon and the difficulties he has encountered during the pandemic, the store received hundreds of orders 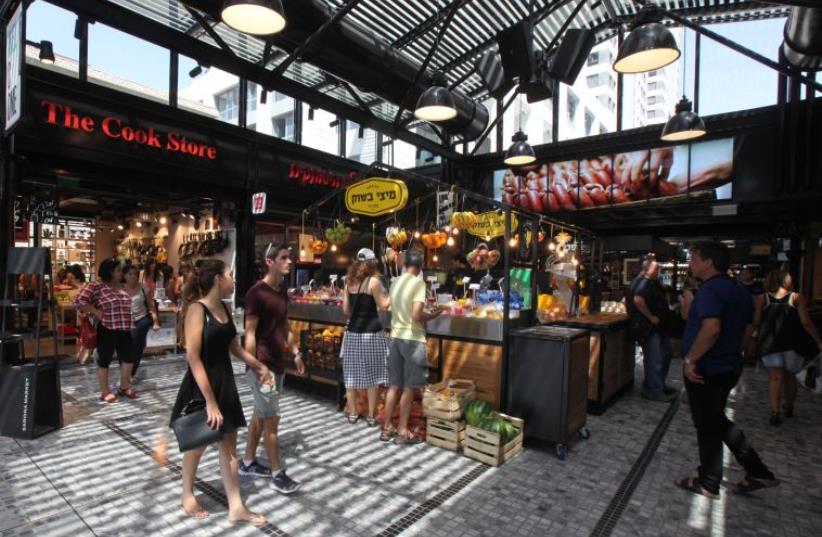 Sarona Market
(photo credit: MARC ISRAEL SELLEM)
Advertisement
Israelis have started to donate money to the Ilana Stock store, named after Ilana Naveh, one of the victims of the June 2016 terrorist attack at Sarona Market, according to a press release from Im Tirzu on Monday.The 39-year-old mother was killed during the terrorist attack, leaving behind her husband Alon to help care for their four daughters. Following the attack, Alon initially suggested to Tel Aviv Mayor Ron Huldai to erect a monument in Ilana's honor, which was rejected out of fear it would harm tourism. He opted instead to open a store in her honor. Alon was forced to quit his job as a police officer in order to open the store, which offers a variety of gifts designed for parties and other events. "I wanted to open a store in her memory," Naveh said, "a happy store of birthdays, presents, children's toys and everything that brings joy."Alon's store has been hit hard by the coronavirus pandemic, and has been forced to shut down in the successive Israeli lockdowns, bringing it to the verge of closing permanently. Following a report by the Israeli Hebrew-language daily Yediot Ahronot, promoted by Im Tirtzu and detailing the plight of Alon and the difficulties he has encountered during the pandemic, the store received hundreds of orders that saved it from closing permanently. "It warms my heart that the people of Israel rallied to a cause like this," said Alon in an interview on Channel 12," he said."When people call the business they hear Ilana's name right away, and when I wake up every morning I go to Ilana's store," the bereaved husband said. "That's a feeling that cannot be described in words, but whoever has experienced bereavement can identify with it. "Because of this, I feel that I cannot close the store or remove the sign with her name on it. For me, it would be saying goodbye again."