People stand near near rubble of damaged buildings in the northern Aleppo countryside in Syria in December 2016
(photo credit: REUTERS)
Advertisement
Refugees in Syria will soon be receiving donated winter supplies — but they won’t know that the coats and boots keeping them warm came from Israel, an enemy state.Any logos or tags featuring Hebrew writing has been removed from the more than 100 tons of supplies collected by three Israeli groups, in order “to protect the effort and the recipients,” according to a statement.The organizers — the Zionist youth movement HaNoar HaOved VeHaLomed, its alumni group Dror Israel and the Combat Genocide Association — collected about 3,000 boxes of blankets, coats, sleeping bags, gloves, boots and other winter supplies as part of an initiative dubbed “Operation Human Warmth.”
Israelis fundraising for Syrian refugees in December 2016
The items have been taken to a collection point, a representative confirmed to JTA. From there, a partner aid organization is facilitating the delivery of the goods to the refugees, who won’t know their country of origin. The representative said the delivery date and method could not be revealed due to the sensitive nature of the situation. 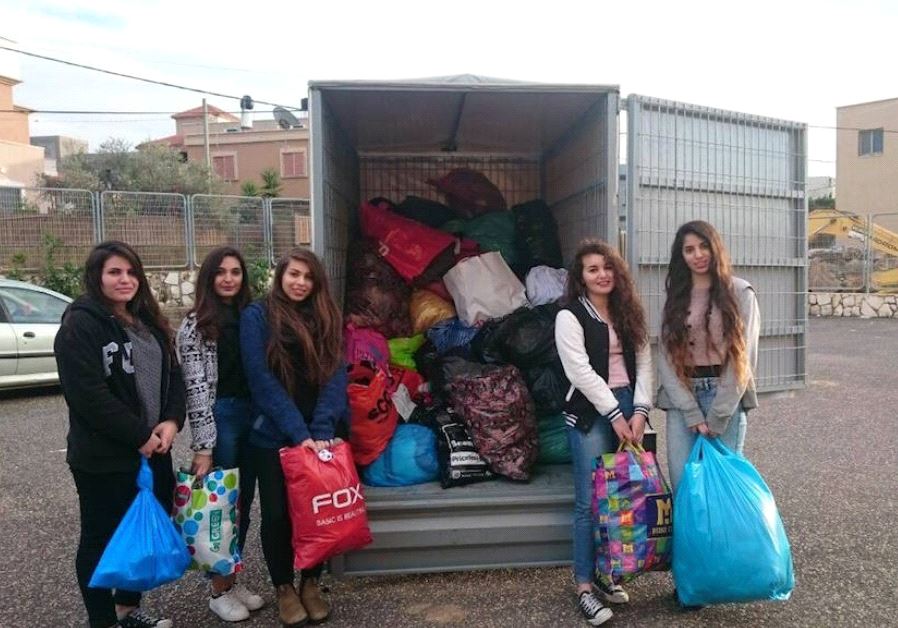 “I thought people would be reluctant to support an effort they would not get credit for,” Gilad Perry, Dror Israel’s international collaborations director, said in a statement. “I was amazed to see how wrong I was. The generosity of people just caring for those who suffer from the cold winter on the other side of the border, in an ‘enemy country,’ overwhelmed me.”This year the initiative, which began in 2014, saw a record number of donations, with supplies collected from Jewish, Arab and Druze neighborhoods across Israel.“The most moving part of the operation for me is to see thousands of Israelis from different religions join forces in a humanistic effort, emphasizing the similarities in the core values of all of us who simply try to make good on this planet, no matter what our backgrounds may be,” Perry said.HaNoar HaOved VeHaLomed (Youth Who Work and Learn) is a sister movement of Habonim Dror, long affiliated with the Labor Zionist movement.