Israelis and Palestinians cooperate in rescue of sick Gaza lion

The relocation of the lion to a zoo near Tulkarm was facilitated in a joint effort by the Coordinator of Government Activities in the Territories and the Gaza Ministry of Agriculture. 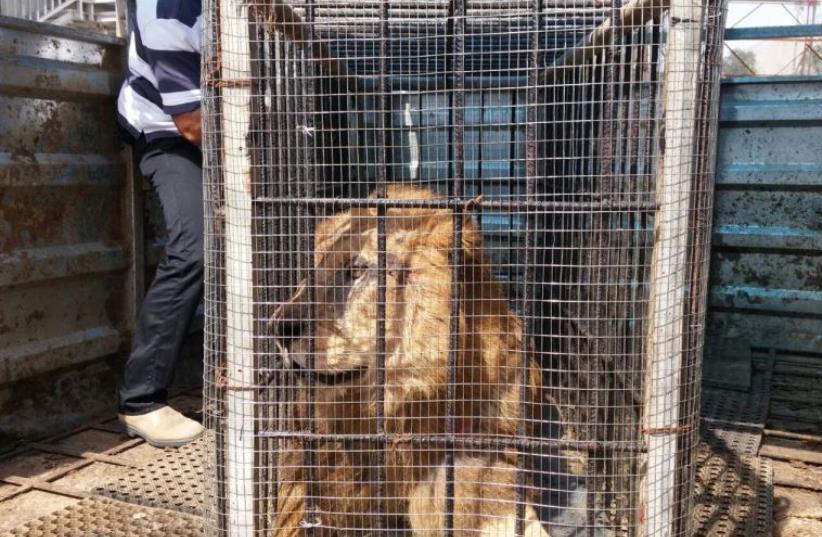 'The Lion from Erez'
(photo credit: BORDER CROSSINGS AUTHORITY/MINISTRY OF DEFENSE)
Advertisement
A lion in declining health was rescued from a zoo in Gaza and transferred to a zoo in the West Bank on Wednesday the Defense Ministry reported.The relocation of the lion to a zoo near Tulkarm was facilitated in a joint effort by the Coordinator of Government Activities in the Territories (COGAT) and the Gaza Ministry of Agriculture. The Palestinian Ministry of Agriculture and Park Authority in partnership with COGAT expedited the the lion's acclimation process in his new home. The state of the animals in Gazan zoos has long be the concern of animal rights activists and governmental authorities internationally. The combination of military conflict with Israel and the oppressive Hamas regime has left many animals dead.In May of 2015, two lion cubs from Gaza were rescued by an international animal welfare organization FOUR PAWS and taken to a Jordanian animal treatment and rehabilitation center. Similarly, in 2014 three lions, including a pregnant lioness, from the Al-Bisan Zoo in northern Gaza to Jordan after the Strip's only zoo was heavily damaged during 50 days of fighting between Hamas and Israel.One Gazan zoo owner has even resorted to taxidermy in an attempt to to maintain the facade of the zoo, a craft he learned by "reading the internet," Vice News reported.