Despite the vote, the Regional Committee for Planning is likely to vote to keep the popular site open on Shabbat. 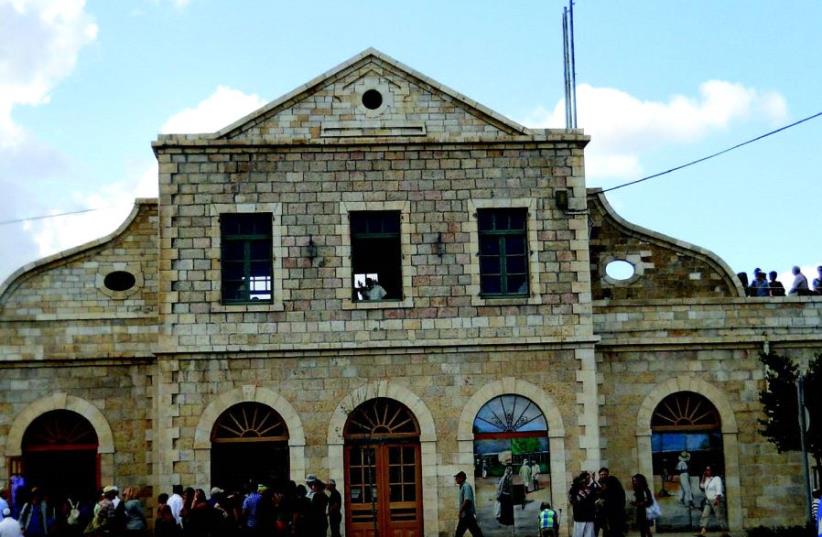 First Station
(photo credit: Courtesy)
Advertisement
The much-loved and renowned First Train Station complex in Jerusalem is facing the prospect of having to close on Shabbat with a pending appeal against its Shabbat activities scheduled for a vote in the Jerusalem Municipal Council next week.The First Train Station, an old Ottoman-era railway station close to the capital’s German Colony neighborhood, is a lively hub of cultural and recreational activities, restaurants and shops, many of which are open on Shabbat.But the property is leased by the Israel Railways Authority to the Jerusalem Municipality and as such required a special permit to change its designated use to a cultural and recreational center.More than two years ago, Yohanan Weizman, a haredi (ultra-Orthodox) member of the Jerusalem Municipal Council for Agudat Yisrael, filed an appeal motion alleging that the original permit for cultural and recreational activities at the First Station on Shabbat was secured in an illegitimate manner.This appeal is now finally set for a hearing and vote in the Municipal Council, and with Deputy Mayor Meir Turgeman suspended due to a corruption investigation against him and National Religious council members likely to vote with the haredi parties, Weizman could have the 16 votes out of 31 that he needs to revoke the First Station’s permit for activities on Shabbat.Speaking to The Jerusalem Post, Weizman said he and his party “do not want to interfere with anyone or tell them what to do,” adding that “the Messiah hasn’t come yet.”He said the issue was that the First Station is a municipal site and that operating on Shabbat violates the status quo on religion and state affairs.Although the status quo allows for cultural and recreational activities on Shabbat, it has generally been accepted that this does not include state- or municipal-owned institutions. At the same time, restaurants, bars and other food establishments are not supposed to utilize outdoor space on Shabbat.Fleur Hassan-Nahoum of the Yerushalmim party said she believed the committee vote, scheduled for next Wednesday, is motivated by muscle flexing by the haredi parties ahead of the upcoming municipal elections in October, and they have been emboldened by Jerusalem Mayor Nir Barkat’s concessions to them on various issues in recent years.“I am saddened that such a symbol of a shared society like the First Station, where I as a religious woman can walk on Shabbat and bump into my secular friends, is coming under attack,” Hassan-Nahoum told the Post.She said Yerushalmim and other pluralistic parties in the city were assembling a coalition to protest against the measure and will stage a demonstration outside City Hall on the day of the vote.Hassan-Nahoum said even if the appeal motion is approved in committee, the decision will still have to be approved by the Finance Ministry’s Regional Committee for Planning and Construction.The committee has a smaller preponderance of haredi members and includes professional appointees from the field of municipal planning. As such, she said, it is highly likely to uphold the permit the First Station has enjoyed until now regardless of the vote next Wednesday.Weizman actually agreed with her, saying that “anyone who thinks the First Station will be closed next Shabbat, unfortunately, it won’t be like that.”Barkat’s office said in response that he is “convinced that at the end of the planning process there will be no change in the activities of the complex, and it will continue exactly as it does today.”His office insisted that the vote is “a procedural issue required by the legal adviser of the Municipal Council for the permanent formalization of activities in the complex, without connection to Shabbat,” and the final decision rests in the hands of the Finance Ministry’s Regional Committee.