The idea of the new regulations is to deter participation in actions which lead to violent crimes in order to stop those crimes themselves. 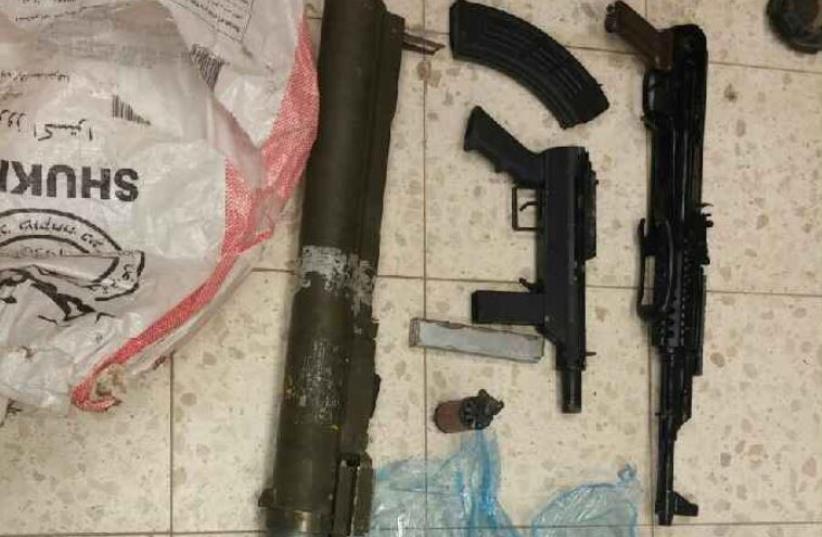 Weapons seized entering Israel from the West Bank at Tarkumia crossing
(photo credit: ISRAEL POLICE)
Advertisement
The Justice Ministry on Sunday announced that going forward it will take a much tougher line against crimes involving possessions of weapons and bomb components.State Attorney Shai Nitzan issued new regulations mandating that prosecutors seek significant prison terms for such crimes. Before these regulations, sentencing for such crimes, which could be short of having actually taken violent action, was more up to the discretion of individual prosecutors.Prosecutors are now bound to pursue at least six months in prison for possession of ammunition, six to eighteen months for possessing Molotov cocktail materials and 10-30 months for selling those materials, two to six years for selling guns, three to seven years for possessing bomb-making materials and five to eleven years for selling those materials.A spokesman could not identify what the average sentences had been previously, but the statement noted that the regulations would overall make sentences longer.The idea of the new regulations is to deter participation in actions which lead to violent crimes in order to stop those crimes themselves, and to impose heavier sentences for such crimes which often hurt innocent bystanders even as many car bombs only target rival gang-members.