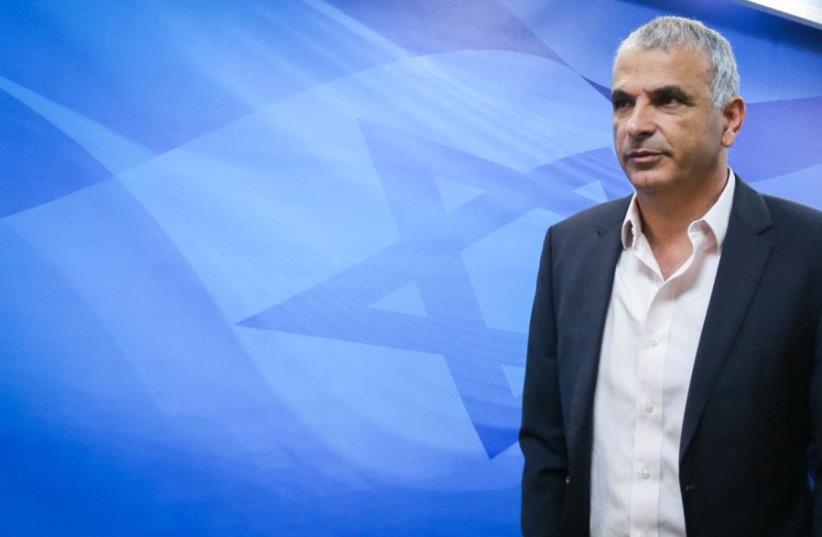 Moshe Kahlon
(photo credit: MARC ISRAEL SELLEM)
Advertisement
Finance Minister Moshe Kahlon promised Monday that his ministry was determined to prevent the deterioration of the Israeli economy amid the ongoing political stalemate.“The political system has stopped functioning since December 2018 when elections were first called, which leads to great difficulties in addressing economic challenges,” Kahlon said in a press conference alongside senior ministry officials. “The Finance Ministry, as the ministry that leads economic policy and the stability of the economy, is committed to preventing the deterioration of the economy due to the political situation.”Kahlon, whose Kulanu Party merged into Prime Minister Benjamin Netanyahu’s Likud in May, cited concerns expressed by foreign rating agencies over Israel’s prolonged political impasse.Last month, Fitch Ratings affirmed Israel’s rating at A+ with a stable outlook, but cited the country’s failure to form a government after the April elections as preventing the adoption of corrective measures. The agency predicted that the government budget deficit will widen to 3.6% of GDP, compared to its 2.9% target.“International rating agencies that rank the State of Israel at the highest rating levels warn that political instability will harm its rating,” Kahlon said. “I hope and wish that a government will be formed as soon as possible, so that the economic system will return to full functioning, and address the challenges ahead.”Kahlon also emphasized issues including the allocation of budgets for education, health, welfare, and security, as well as ensuring both economic growth and reducing the fiscal deficit.Negotiating and approving a new government budget will be one of the first tasks facing the next government. The current two-year budget is due to run until the end of the year, and will be provisionally extended into 2020 on a rolling monthly basis based on current agreements. Should a government be formed in the coming weeks or months, a budget is expected to be passed around March 2020.Referring to the growing fiscal deficit, Kahlon said Israel would be in a different economic position without the double election period and ensuing political paralysis, but that the country has dealt with larger deficits in the past.“When the 2020 budget is finished, we have to show the world that the deficit is decreasing, and make corrections,” Kahlon said. “We need to prove to the credit rating agencies that 2019 was an exceptional year and that if we didn’t have the two elections – and if there was a Knesset and we could have made the necessary corrections – we wouldn’t have been in this situation.”Raising taxes is the “last thing” Israel needs to do, according to Kahlon.“I have been here for four years. We have reduced taxes worth tens of billions of shekels, and the economy grew nicely,” he said.Despite recent media reports that Kahlon was considering quitting the Knesset following last week’s elections, he insisted that he would be continuing in politics and would fight to remain finance minister.“I intend to stay in politics and remain finance minister. The prime minister knows that I want the position very much,” said Kahlon. “There are political constraints here but, as far as I’m concerned, I’m here to stay in the position of finance minister.”