Katie Hopkins in Israel: Jews have Israel, where will white Brits go to?

Jewish Agency official grants interview to the controversial British media personality as part of a film she's making about French and English Jewish immigrants to Israel. 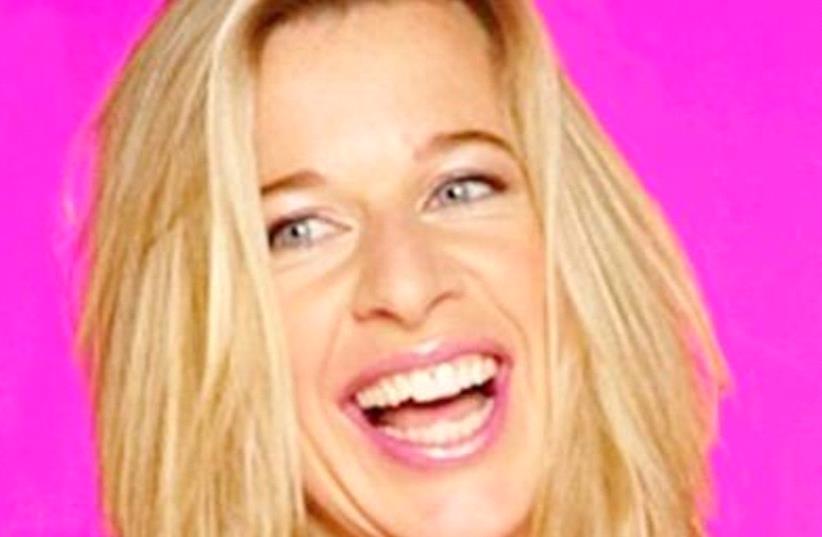 As many Jews quit Europe in search of a safe place to call home, I wonder ...just where is it white Brits will escape to when we need a new place to call home? #Homelands pic.twitter.com/yWulWGP4e4
— Katie Hopkins (@KTHopkins) 7 בפברואר 2019

Hopkins is currently in Israel to produce a film about British and French Jewish immigrants to Israel, as part of the filming she interviewed Jewish Agency official Yigal Palmor.
"The decision [to speak with her] was taken by me personally," Palmor tweeted, "[I] preferred to talk to her rather than let her gather some wild statements from dubious characters on a subject on which the Jewish Agency is the authority," he told the Jewish Chronicle.

I wish to make clear that I chose to grant an interview to Katie Hopkins following her request to talk about Aliyah. The decision was taken by me personally, without any involvement of the Jewish Agency's management.
— Yigal Palmor (@YigalPalmor) 7 בפברואר 2019

Hopkins is highly controversial for her views on Islam, immigration, and races. To note, at various times she said she's anti-Islam, that gun ships should be used to end illegal immigration to Europe and that she thinks the word racist had lost all meaning.
She also stated she believes there's a conspiracy to support "white genocide" in the sense that powerful groups wish to encourage non-white immigration into Europe to make white people minorities on that continent.
Hopkins tweeted that in the West Bank "less than 1,000 Jews live here surrounded by 200,000 Palestinians...like the brave white farmers of S. Africa, these pioneers are determined to fight for their land."

Following the shooting of #AbdullahTawalbeh here yesterday, I’m on a public bus through the West Bank to HebronLess than 1,000 Jews live here surrounded by 200,000 PalestiniansLike the brave white farmers of S. Africa, these pioneers are determined to fight for their land pic.twitter.com/cs2Q2o3pKI
— Katie Hopkins (@KTHopkins) 5 בפברואר 2019

"Fight back for our Judeo-Christian culture,"another tweet says.   The idea that white Europeans don't have an Israel to escape to should Islamic political parties take over Europe was also explored in the the 2015 French novel Submission by Michel Houellebecq.