Israel Railways yesterday presented changes in its timetable in the framework of operating the high-speed Tel Aviv-Jerusalem railway. 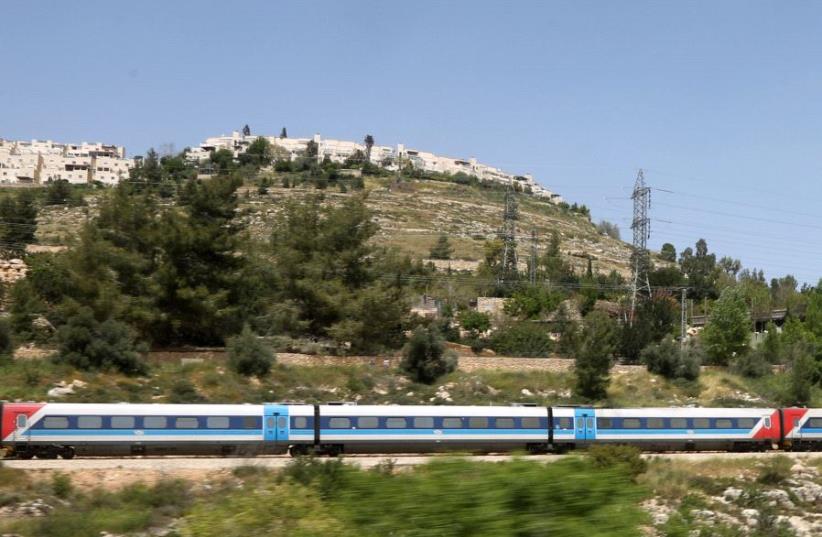 An Israel Railways train passes through Ein Yael in Jerusalem
(photo credit: MARC ISRAEL SELLEM/THE JERUSALEM POST)
Advertisement
TEL AVIV (TNS) - Despite approval yesterday of the change in Israel Railways' timetable, Minister of Transport and Intelligence Yisrael Katz today ordered Israel Railways chairperson Dan Harel not to eliminate or cut railway service to Karmiel and to present an alternative in its preparation for opening the high-speed railway to Jerusalem.Israel Railways yesterday presented changes in its timetable in the framework of operating the high-speed Tel Aviv-Jerusalem railway. These changes included a cut in railway service to Karmiel pending the arrival of additional railway carriages and locomotives for Israel Railways. The changes were approved by the Ministry of Transport and the minister in order to meet the deadline for operating the Tel Aviv-Jerusalem line before the Sukkot holiday."The railway to Jerusalem is a national project of supreme importance for strengthening Jerusalem, Israel's capital, and everything should be done in order to put it in motion. At the same time, connecting the outlying areas in the Galilee and the Negev to the center, including the railway to Karmiel, is an important goal I have promoted and am still promoting against great opposition. It must not be harmed," Katz said.Katz is responsible for bringing the first railway to Karmiel and outlying areas in the north and south. He vetoed plans to suspend the railway to Karmiel, the Jezreel Valley train, and other railway lines in the outlying areas for years, and is now bringing the high-speed railway to Jerusalem after many years of delays.Israel Railways has not yet stated how it will deal with Katz's instructions.©2018 the Globes (Tel Aviv, Israel). Distributed by Tribune Content Agency, LLC.