IN PICTURES: Tens of thousands run in Jerusalem marathon

Though the first leg of the marathon began at 7:00 a.m., Israel Police were already blocking off the city's roadways at 5:45 a.m.

Israeli Olympic medalist Ori Sasson runs in the 2017 Jerusalem Marathon with Shalva (credit: SHALVA)
Advertisement
The Jerusalem Marathon kicked off from Gan Sacher park on Friday morning with about 30,000 people registered to participate in the event. The winner of the full marathon was a 26-year old man from Kenya named Shadrack Kipkogey, with a time of 2:17:36, according to the the Jerusalem Municipality. 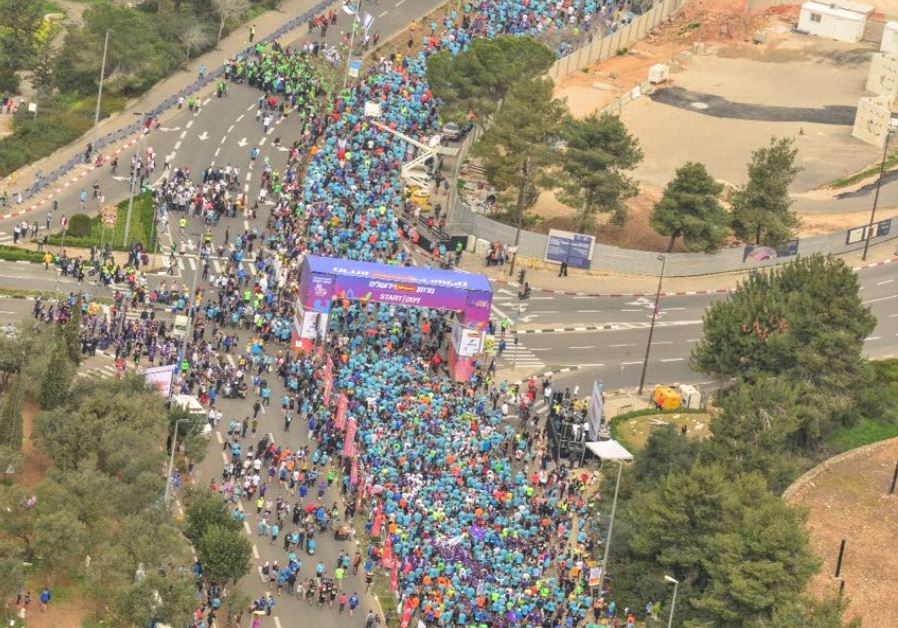 Aerial images of the marathon.(photo credit: ISRAEL POLICE)
Though the first leg of the marathon began at 7:00 a.m., Israel Police were already blocking off the city's roadways at 5:45 a.m.
Runners in the 2017 Jerusalem marathon (photo credit: MARC ISRAEL SELLEM/THE JERUSALEM POST)
Some 3,000 police officers, working in coordination with the Jerusalem Municipality and private security personnel,  were out in increased numbers due to threats from members of the haredi (Ultra-orthodox) community that they would attempt to disrupt the marathon. So far, about 40 haredim were been stopped for questioning on various streets near the marathon's path. 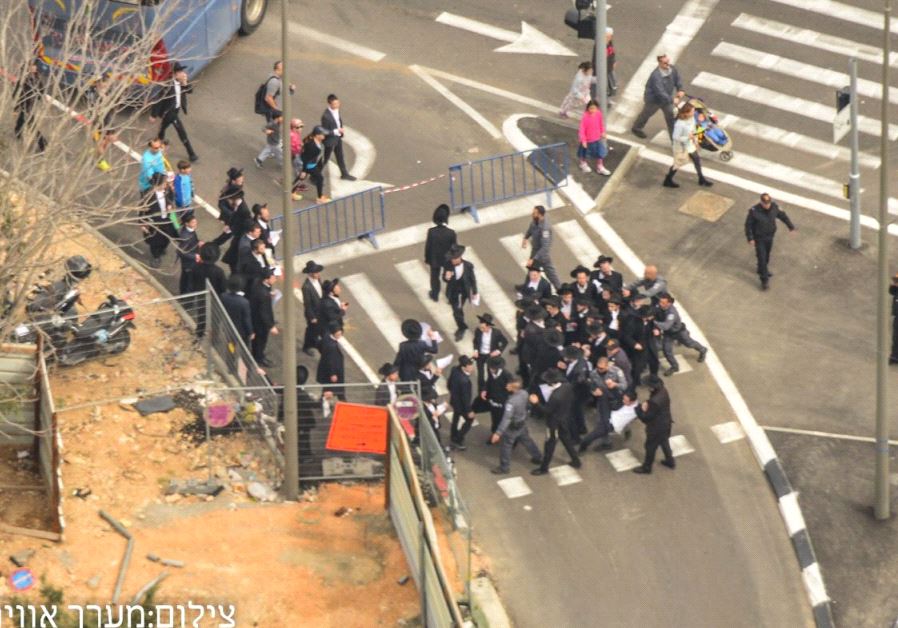 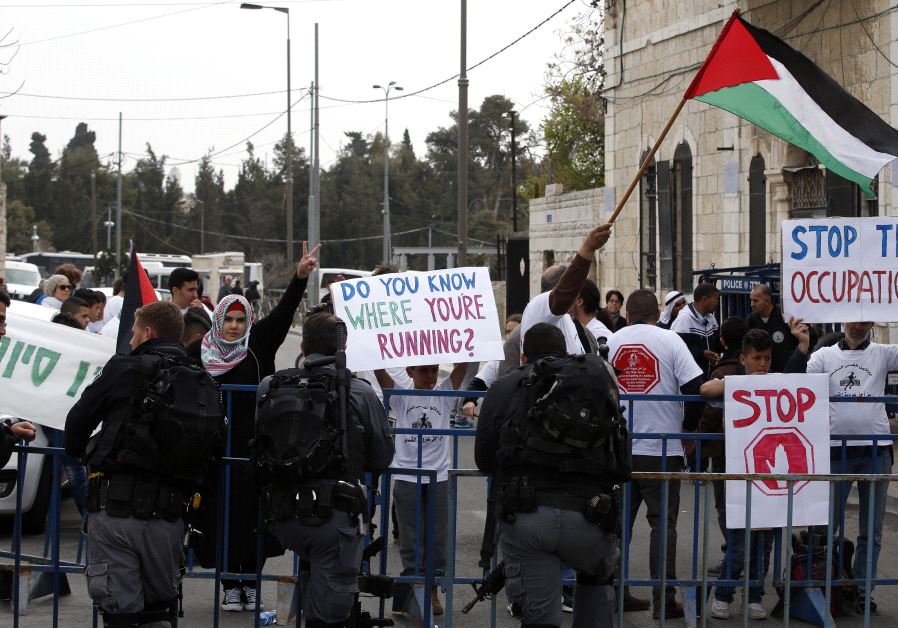 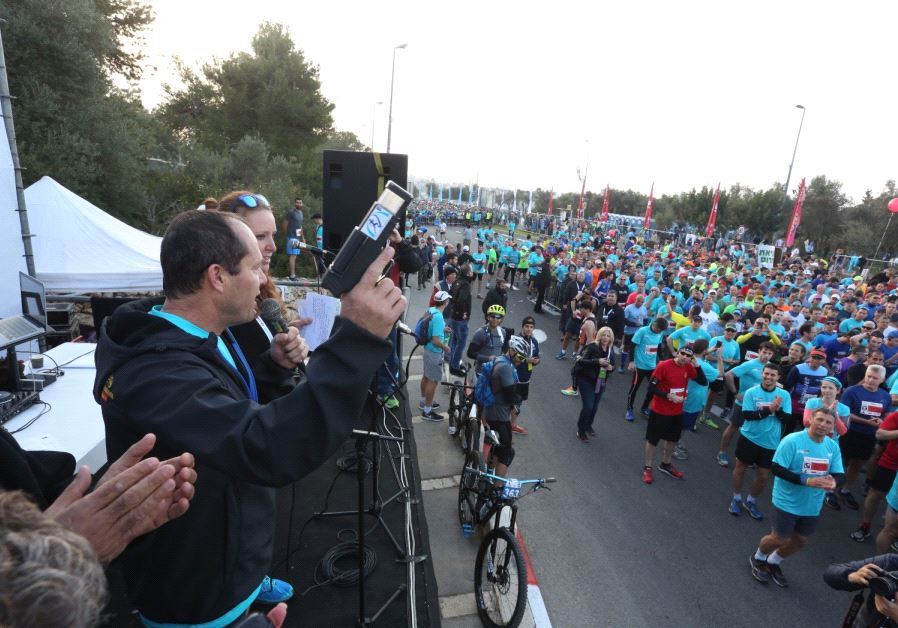 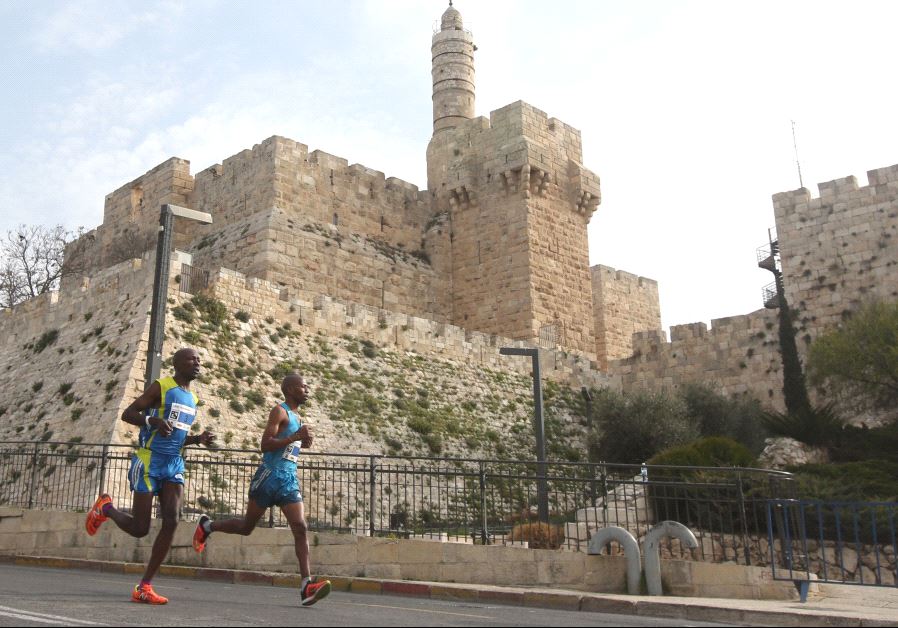