'King of the Gypsies' arrives in Israel

Dorin Cioba will visit the local Gypsy community in Jerusalem, as well as Yad Vashem. 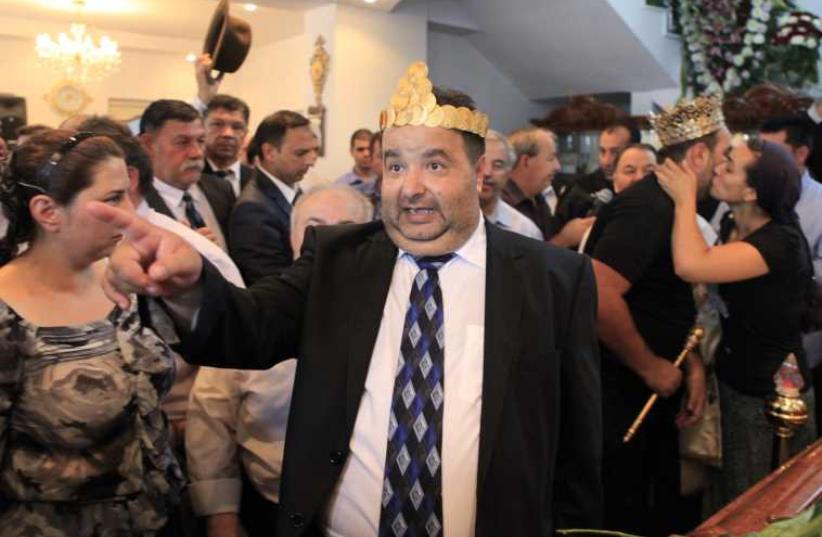 Dorin Cioaba
(photo credit: REUTERS)
Advertisement
Dorin Cioba the leader of three million Roma around the world, landed in Israel on Wednesday. Roma are widely known as Gypsies.On his first visit to Israel, Cioba, who is president of the International Romani Union, plans to visit the Roma community in Jerusalem as well as the Yad Vashem Holocaust memorial.   The photographer Roni Ben-Ari invited Cioaba to Israel for the opening of her exhibit that documents the life of Gypsies in the city of  Lugoj, Romania. The exhibit opens on Thursday at the Museum of Israeli Art in Ramat Gan.   "This is the first time that I have the opportunity to see the Roma community in Israel, and I am excited to be in the Holy Land to unite with my people," Cioba said on Wednesday. Gypsies were targeted by the Nazis during World War II and estimates of the number who were killed range between  220,000 to 1,500,000. Gypsies in IsraelThe community in Israel lives in crowded, dilapidated apartments around the Lion’s Gate in the Old City. Some Gypsies, priced out of the Old City, live in the Shuafat refugee camp in the capital’s north. There is another small community in the Gaza Strip.  The Gypsies are Muslim but do not identify as Arabs or Palestinians, a leader of the community told The Jerusalem Post in 2012. They have Jerusalem residency, but not citizenship, similar to the majority of east Jerusalem Arabs.Jerusalem’s Gypsies trace their roots back 1,000 years to northern Iraq, where a powerful tribe known as the Bnei Murra lived. A bloody war with a neighboring tribe – according to legend, over the death of a beloved camel belonging to the daughter of the tribal chief – scattered the tribe across the world.Some went to Europe, converted to Christianity, and became the Roma Gypsies. Others traveled across the Middle East and became Muslim.Gypsies arrived in Jerusalem along with the Muslim conqueror Saladin in 1187, and fought against the Crusaders. The Gypsies stayed in the area, living in tents similar to the Beduin but as part of a separate tribe.The Gypsies lived on the slopes of the Mount of Olives for hundreds of years, in what today is part of the A-Suware neighborhood.Following the Six Day War, many Gypsies fled to Jordan. Others moved out of their tents into cramped apartments in the Old City. There are Gypsy populations in Jordan, Lebanon, Egypt, Syria, Yemen and Iraq.

Melanie Lidman contributed to this report.