Knesset panel approves inquiry into political use of police investigations

This comes after a polygraph test conducted three months ago on Jerusalem District Commander Yoram Halev was leaked on Wednesday. 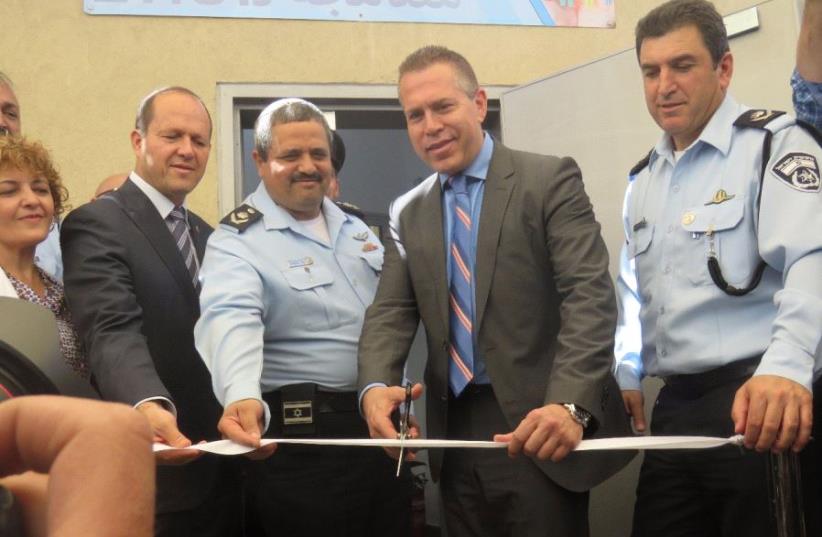 Jerusalem Mayor Nir Barkat, Police Commissioner Roni Alsheikh, Public Security Minister Gilad Erdan and Jerusalem Police Chief Yoram Halevy attend an inaugural ceremony for the first police station in Shuafat refugee camp on Sunday
(photo credit: POLICE SPOKESPERSON'S UNIT)
Advertisement
The Knesset’s Internal Affairs Committee approved a proposal to set up a parliamentary committee of inquiry into claims that officials are using police investigations for political purposes.This comes after a polygraph test conducted three months ago on Jerusalem District Commander Yoram Halevy was leaked on Wednesday. Halevy is a candidate to replace current Police Commissioner Roni Alsheikh, and said to be a favorite of Public Security Minister Gilad Erdan and Prime Minister Benjamin Netanyahu.Channel 2 reported on Tuesday that Erdan will appoint one of the current police commanders to replace Israel Police Commissioner Inspector-General Roni Alsheich, whose contract will not be renewed for a fourth year.The police commanders were required to undergo lie detector tests due to past incidents of improprieties by their predecessors.Halevy’s test reportedly diagnosed a “personal problem” from many years ago that does not amount to a criminal act but characterizes a flaw in his conduct. The findings did not automatically invalidate Halevy’s candidacy but Erdan passed the results to the Justice Ministry.The commander of the Tel Aviv district, Major General David Bitan, and southern district commander Motti Cohen passed the test successfully while retired general Moshe (Chico) Edri has not yet undergone the test, according to reports.MK Yoav Kish (Likud), who proposed the establishment of a committee of inquiry, opened the Knesset committee discussion on Thursday with reference to the leaking of Halevi’s test as an attempt to eliminate his candidacy.“An attempt to thwart a candidacy for police commissioner is a dangerous move for Israeli democracy,” Kish said. “I have no personal acquaintance with Halevi. A police commander’s polygraph is leaked to the television, and whoever did it has an intention to put an X on him and thwart his candidacy. There is someone who is senior enough to be exposed to this material and decided for some reason that Yoram Halevy would not be a police commissioner, and this is a blow to the strength of the state and its security.”In 2015, after Erdan decided to appoint Gal Hirsch as the new police commissioner, his candidacy was withdrawn when a police investigation was launched against him regarding allegations of illegal business dealings with Georgian government ministers. The investigation has yet to be closed and there are rife suspicions that he was set up and investigated purely so senior police officers could block his appointment.Appealing to Alsheich, Kish said it was his responsibility to find out who was responsible for the leak of Halevy’s test.He also said that the commission of inquiry would focus on the investigation against Hirsch and the “Yitzhaki Document” which lists all allegations against politicians, and has drawn criticism from the  Knesset Interior Committee.Six MKs supported the proposal, three opposed and one abstained.