Koren said the bill would represent a huge savings to the state if passed into law. 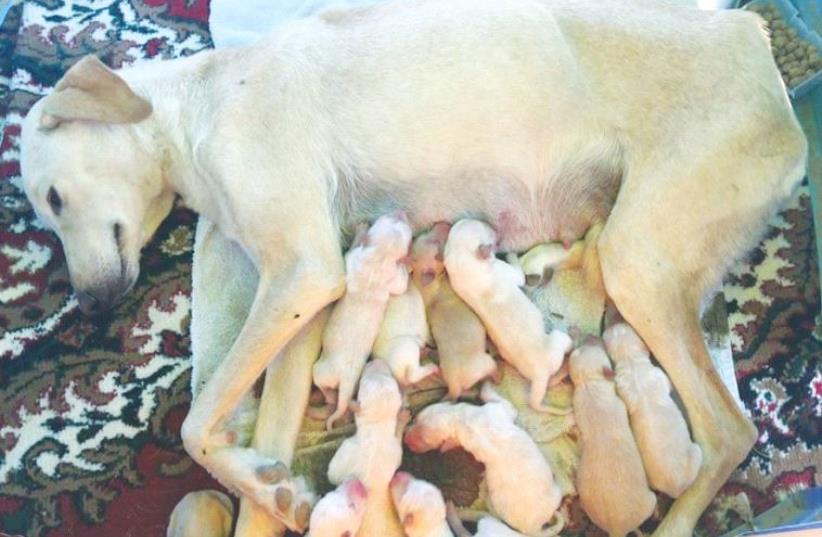 THE NEW Knesset bill aims to take a serious bite out of the nation-wide problem of stray dogs.
(photo credit: COURTESY LET ANIMALS LIVE)
Advertisement
The Knesset approved a preliminary version of a bill that aims to provide an authority specifically for dealing with the problem of stray dogs across the country.All 31 Knesset members present in the plenum on Wednesday voted in favor of the bill, proposed by Likud MK Nurit Koren. It calls for the state to set aside a certain amount of money in future budgets for dealing with stray dogs, as well as having a specific authority to address the issue.Koren said in a statement that the phenomenon of stray dogs had only grown worse in recent years.“Most of the dogs suffer greatly, and most of them are put to sleep by the municipalities,” she wrote.With more dogs being able to receive treatment, it will also lessen the potential for canine diseases to spread.Koren said the bill would represent a huge savings to the state if passed into law. According to her office, it is estimated that the law would require about NIS 4.5 million a year (about the same amount spent on stray cats annually). However, it would constitute much less than the approximately NIS 30 million the state currently spends to treat stray dogs and fund animal shelters.“This initiative will provide more ethical treatment for animals in Israel,” Koren said, thanking Finance Minister Moshe Kahlon and Agriculture Minister Uri Ariel for their support of the bill.The Agriculture Ministry is responsible for animal shelters.Etti Altman, founder of animal rights group Let Animals Live, welcomed the initiative and expressed hope that it would reduce overcrowding in dog shelters and at animal welfare organizations.The group noted in a statement that, on average, “for every dog receiving treatment, six others are euthanized because there isn’t enough space for them” in shelters.“However, this is a drop in the ocean,” Altman said, referring to the amount that would be budgeted. “We would need a much higher amount in order to really deal with this issue, which has gone untreated for the past 70 years.”Most animal welfare organizations say they are working at 200 percent over capacity and face financial issues due to the many abandoned dogs that need treatment.“The bill is the first step in making sure that stray dogs aren’t spreading disease, and would be similar to [laws in] Holland and the United States,” Altman said.