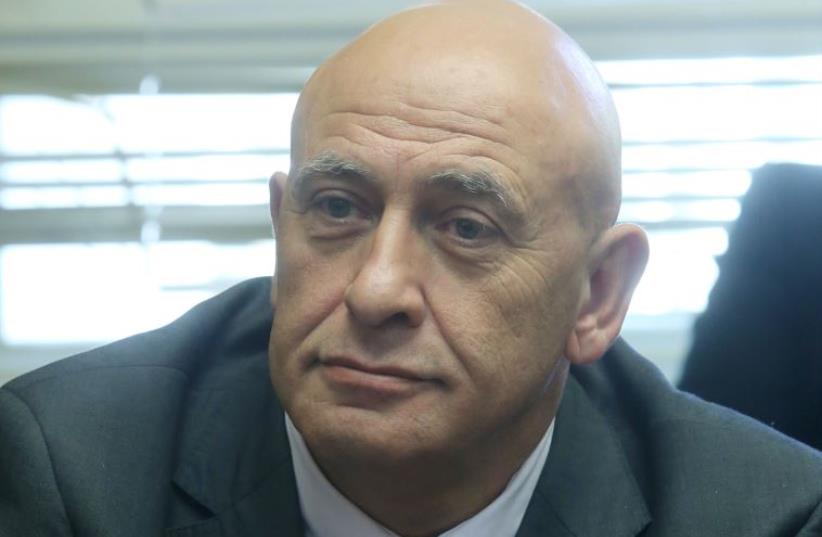 Balad MK Basel Ghattas
(photo credit: MARC ISRAEL SELLEM/THE JERUSALEM POST)
Advertisement
The Knesset House Committee will hold its first meeting to discuss the impeachment process of MK Basel Ghattas (Joint List), who is suspected of smuggling cellphones to security prisoners.The Arab lawmaker is expected to boycott the discussion, and will instead be represented by his attorney, Nadim Shehadeh.The Knesset statute determines that his presence is not required as long as the committee informs the MK in advance.Attorney-General Avichai Mandelblit or a senior representative on his behalf will present the charges to the committee, which appear in his indictment draft.Knesset Legal Adviser Eyal Yinon is will also attend the discussion.On Monday, Ghattas sent a letter to House Committee chairman MK Yoav Kisch (Likud) asking that his impeachment be prevented.Ghattas explained that he is now negotiating a plea bargain with the help of his attorneys and that they are very close to signing it. He did not go into the details of the deal in the letter, but claimed that the draft of the indictment that the House Committee has now is outdated, as it still includes an article on his intentions to support an armed struggle.However, he stressed that conducting a court-like impeachment hearing without completing the official procedure by the attorney-general and the state-attorney proves that this move by the Knesset is based on impure motives.Public Security Minister Gilad Erdan (Likud) responded to the letter and expressed his objection to delaying or canceling the impeachment process.“Basel Ghattas should be impeached immediately,” he said on his Twitter account. “It is not about what is his indictment includes – and I hope it will have an article about supporting terrorism. Every person who smuggles cellphones to terrorists in prison knows that they will be used for further terrorist acts. You cannot think of other intentions to such acts, especially because there were many phones.”The measure is not expected to be voted upon on Tuesday, and further discussions will be held in the future. If the House Committee gathers the necessary 75% panel majority and votes in favor of impeaching Ghattas, it will then go to a plenum vote, where it needs a majority of 90 MKs.The impeachment process began after Environmental Protection Minister Ze’ev Elkin gathered 71 lawmakers to support the move.If the measure passes, Ghattas will be the first Knesset member to be impeached by his own colleagues.The Impeachment Law passed in July 2016 allows MKs to remove a lawmaker from office. The impeachment process begins after at least 70 signatures in support of the measure are gathered, of which 10 must come from the opposition.