The 22-year-old Kurdish fighter, who joined the YPJ in 2014, was "renowned" for her involvement in numerous battles against the notorious Islamic terror group. 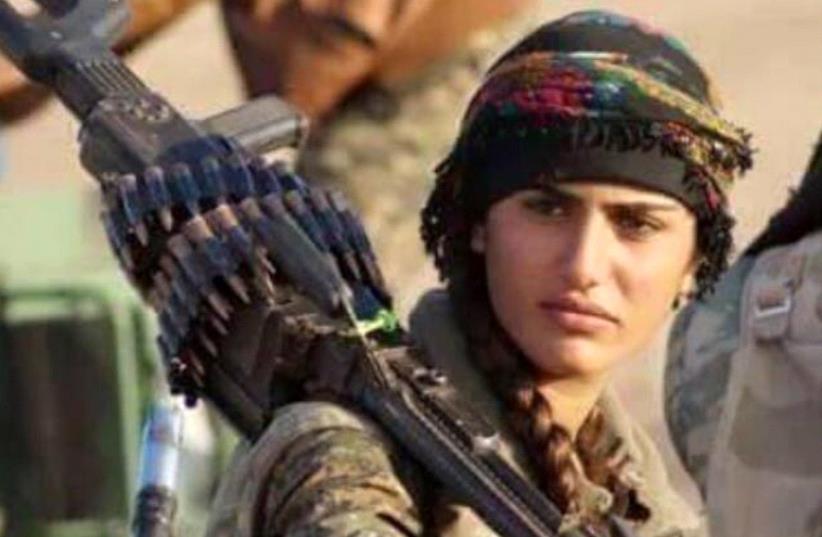 Kurdish "Angelina Jolie" Asia Ramazan Antar
(photo credit: WE WANT FREEDOM FOR KURDISTAN FACEBOOK)
Advertisement
A female Peshmerga fighter known as the "Kurdish Angelina Jolie" has reportedly been killed fighting the terrorist organization known as Islamic State, The Daily Mirror reported Wednesday.Asia Ramazan Antar, a member of the all-female Women's Protection Units (YPJ) (a sub-militia part of the  People's Protection Units (YPG) was "martyred in a battle against Daesh (the Arabic acronym for ISIS)" near the Turkey-Syrian border, according to a message posted to the "We want Freedom for Kurdistan" Facebook page. The 22-year-old Kurdish fighter, who joined the YPJ in 2014, was "renowned" for her involvement in numerous battles against the notorious Islamic terror group. Her death has yet to be verified independently.The Women's Protection Units, which boast more than 10,000 female fighters, have played a major role in pushing ISIS and other extremists groups away from the Turkish border, The Mirror noted.