Asked whether he is concerned that the current heat wave would keep Labor members at home, MK Erel Margalit said "the Jewish people made it through 40 years in the desert." 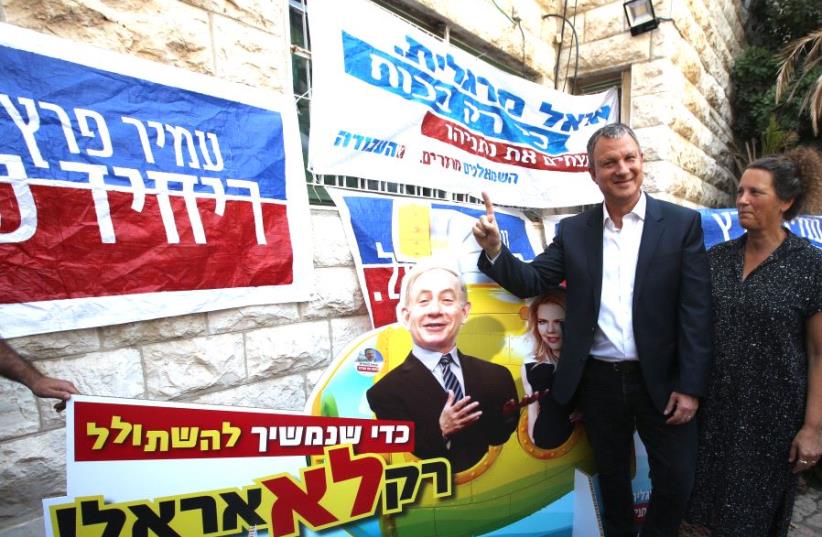 MK Erel Margalit and his wife Debbie arrive to vote at the Labor primary election, July 4 2017
(photo credit: MARC ISRAEL SELLEM)
Advertisement
The candidates in Tuesday’s Labor leadership race hit the ground running, traveling between polling stations in an effort to win over undecided voters.There were 52,504 Labor members eligible to vote at 200 polling stations in 80 communities across the country. Polls opened at 11 a.m. and closed at 9 p.m. 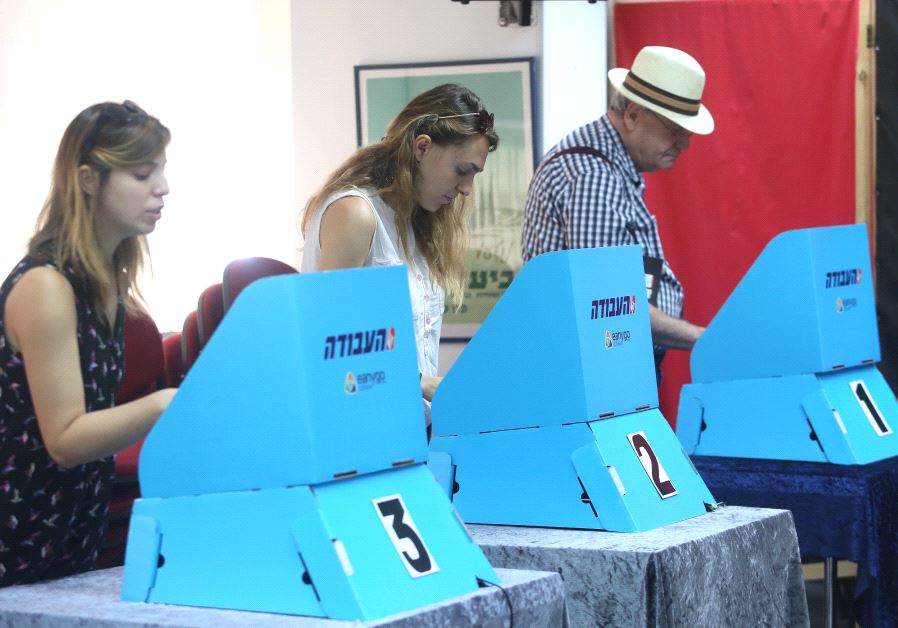 Voting in the Labor primary election, July 4 2017. ( MARC ISRAEL SELLEM/THE JERUSALEM POST )
Both MK Erel Margalit and former environmental protection minister Avi Gabbay came to vote at Jerusalem’s Women’s International Zionist Organization building as soon as the station opened. They embraced and wished each other well.“This is a celebration of democracy in Labor,” said Margalit, who was accompanied by his wife, Debbie. “This is July 4. It’s Independence Day for the Labor Party.”Asked whether he is concerned that the current heat wave would keep Labor members at home, Margalit said “the Jewish people made it through 40 years in the desert.” 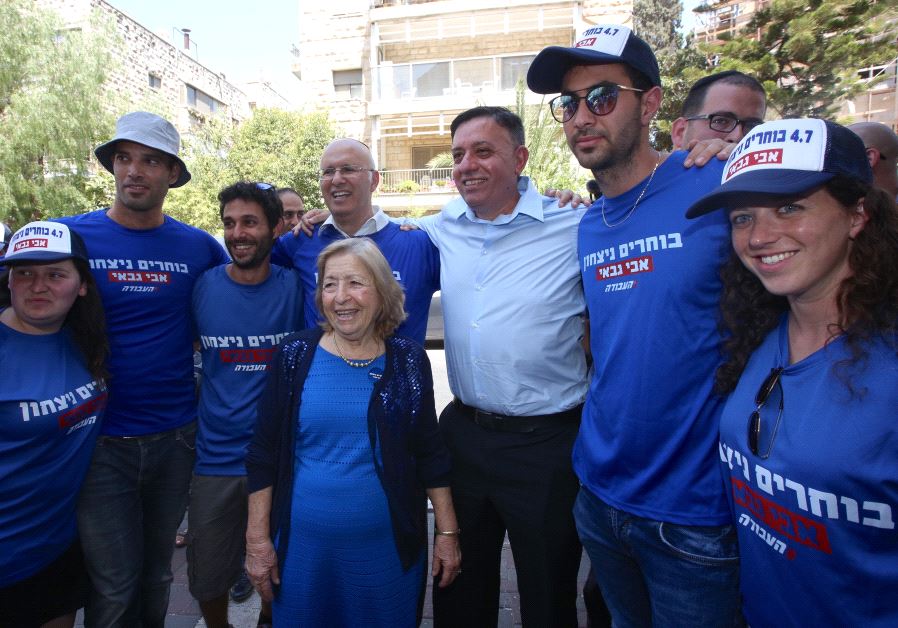 Avi Gabbay accompanied by his mother Sara and supporters at the Labor primary election, July 4 2017. ( MARC ISRAEL SELLEM/THE JERUSALEM POST )
Both Margalit and Gabbay were greeted by chants of “Ooh, ah, look who’s coming, it’s the next prime minister,” which rhymes in Hebrew.“I feel momentum after six months of meeting Labor members all day, every day,” Gabbay said. “They want change, and they know that with me, Labor can return to power.”Gabbay was accompanied by his mother, Sara, who admitted she had voted Labor for the first time. Sara Gabbay said she was proud of her son.“He is not in this for the money,” she said. “He really wants to help.”

Incumbent chairman Isaac Herzog and his wife voting in the Labor leadership primaries on July 3rd 2017.
Incumbent chairman Isaac Herzog came to vote at the Tel Aviv Fairgrounds. He told reporters there that if he is not reelected, the Zionist Union could break up and Labor, its main constituent, could collapse.
VOTERS IN TEL AVIV EXPRESS THEIR HOPES FOR THE LABOR PARTY (CREDIT: KAYLA STEINBERG)
“Don’t waste your votes on candidates who will destroy the party,” he said.

MK Amir Peretz voting in the Labor leadership primaries on July 3rd 2017.
Prime Minister Benjamin Netanyahu mocked the Labor race at the Makor Rishon newspaper’s conference in Tel Aviv. “I understand that [MK] Amir Peretz is running today in the Histadrut [labor federation, which Peretz headed from 1995 to 2005]. Oysh, sorry, the Labor Party.”Peretz responded by telling reporters when he went to vote near his home in Sderot that “the interference of the prime minister in our democracy is blatant.” He said he was glad Netanyahu highlighted the gap between their policies.

MK Omer Bar Lev Amir Peretz voting in the Labor leadership primaries on July 3rd 2017.
MK Omer Bar Lev, who is also a candidate, voted on Tuesday afternoon in Ramat Hasharon. He told reporters at the polling station that he believes he will advance to a runoff race that would be held Monday if no candidate receives 40% of the vote.“From then on, we will be able to unite against the Right and tell voters that we will do a better job providing security, peace and democracy,” he said.