Lapid to ‘Post’: Political earthquake on Netanyahu probes has begun

"There are enough people in the coalition who didn’t come to politics to be a smokescreen for criminal activity." 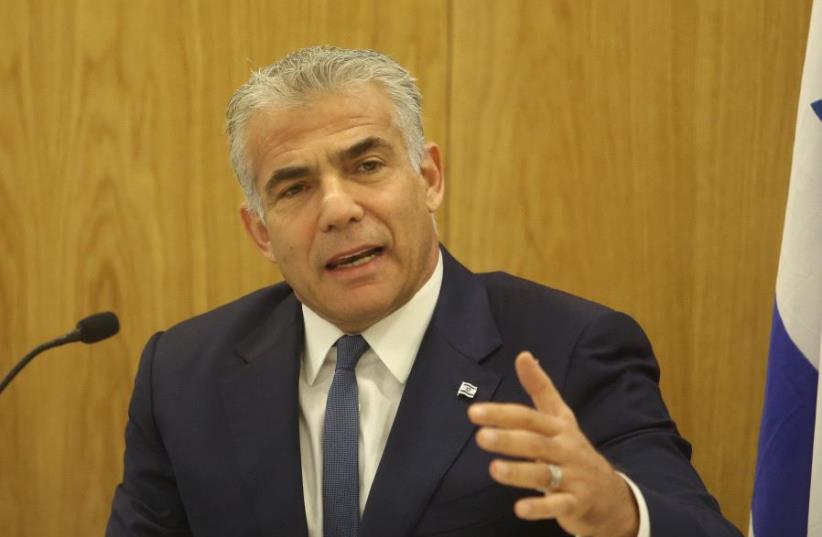 Yair Lapid
(photo credit: MARC ISRAEL SELLEM)
Advertisement
Prime Minister Benjamin Netanyahu’s criminal investigations have already caused a political earthquake that could lead to the downfall of his government, Yesh Atid chairman Yair Lapid said at his weekly faction on Monday in an answer to a question from The Jerusalem Post.He spoke about speculation that the police recommendations to indict Netanyahu that are expected next month could persuade Finance Minister Moshe Kahlon or other key figures in the coalition to topple the government.Asked about a quote from former political strategist Lior Chorev, who was hired as an external adviser for the police, that the police recommendations against Netanyahu would “cause a political earthquake,” Lapid said: “We’re already in an earthquake. There are enough people in the coalition who didn’t come to politics to be a smokescreen for criminal activity.”Defense Minister Avigdor Liberman told the Post at his Yisrael Beytenu faction meeting that politicians should be patient and wait for Attorney-General Avichai Mandelblit to make a decision about whether to issue an indictment.“From my own experience, it takes many months between the police recommendations and a decision by the attorney-general,” he said. “There is no need to run anywhere. We did earthquake drills in the IDF, so we aren’t worried about an earthquake. The state and the coalition will be OK.”Education Minister Naftali Bennett told his Bayit Yehudi faction he would decide how to handle the police recommendations against Netanyahu when they are made and not before. He endorsed Netanyahu’s statements that the overwhelming majority of police recommendations do not end up leading to an indictment.“The police are the ones who investigate,” Bennett said. “It is wrong for our democracy to have the police decide we are going to elections. But when the time comes, we will make a wise decision. The attorney-general and the prosecution are working well. Let them do their work.”
Chairperson of Yesh Atid MK Yair Lapid at the 2017 Jerusalem Post Diplomatic Conference, December 6 ,2017
Bennett said it showed the strength of Israeli democracy that a prime minister and a president could be convicted. He said he did not understand the uproar over the police recommendations bill, which was debated in a marathon Knesset session that began Monday night.By contrast, Lapid said the “recommendations bill is an abomination because it subordinates Israeli democracy to the needs of one man,” referring to Netanyahu. He said the prime minister was supposed to serve the public and not the other way around.“The coalition hasn’t done anything for anyone, but they are effective when they are saving themselves and dealing with their own personal problems,” Lapid said. “Sure, what they are doing is corrupt, but let’s give them credit for being good at it. At least they are good at being corrupt.”Zionist Union chairman Avi Gabbay told his faction the entire purpose of the recommendations bill was to harm the public and help crime families.Zionist Union faction head Yoel Hasson said it sickened him that the coalition was advancing the recommendations bill at the expense of legislation aimed at helping the disabled.“Netanyahu admitted he accepted gifts, and we know he requested them,” Zionist Union MK Tzipi Livni said. “People protested in the streets not only because of what Netanyahu did but also because he is harming the police to save his own skin. Being innocent until proven guilty is not an excuse to attack the police.”