Large fire breaks out in the North; no injuries reported

The fire, located in the Biriya Forest near the grave of Rabbi Yonatan Ben Uziel, did not cause any injuries. 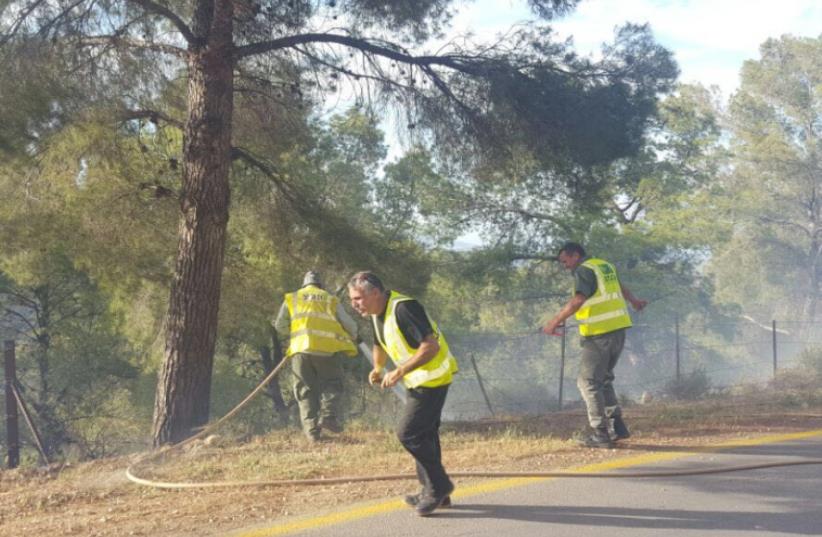 Fire breaks out in the North
(photo credit: YARON LEVY)
Advertisement
A large forest fire located near the northern town of Safed forced over 100,000 travelers to evacuate the area after Fire and Rescue services ordered the area closed, police said Sunday. The fire, located in the Biriya Forest near the grave of Rabbi Yonatan Ben Uziel, did not cause any injuries. Fire and Rescue Services said that six helicopters were battling the blaze, attempting to contain its expansion.  Police said they have closed all roads leading to the area, adding that dozens of acres have already been destroyed in the blaze. Northern District Director Yiftak Harhol said in a statement that "fire and rescue teams were working to stop the spread of the fire" while helicopters were releasing flame retardant."Biriya Forest is one of the most beautiful forests and travel destinations in Israel and we are working hard to preserve the area," Harhol added. Meanwhile, a 62-year-old man collapsed and died during a trip to the north in an unrelated incident. The cause of the man's death still remains unclear.