Hip-hop singer has recently come under pressure to cancel her tour to the region. 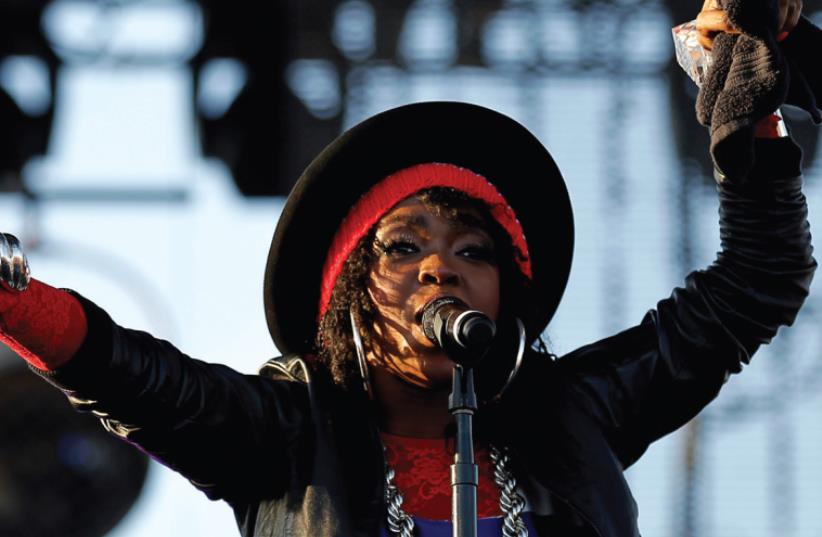 SINGER LAURYN HILL performs at the Coachella Valley Music & Arts Festival California in 2011. BDS activists are pressuring Hill to cancel her upcoming performance in Israel, scheduled for this Thursday.
(photo credit: REUTERS)
Advertisement
American hip-hop vocalist Lauryn Hill announced Monday that she has canceled her scheduled concert Thursday in Rishon Lezion.“When deciding to play the region, my intention was to perform in both Tel Aviv and Ramallah,” the R&B hitmaker said on her website. “Setting up a performance in the Palestinian Territory, at the same time as our show in Israel, proved to be a challenge.”Hill, a former member of The Fugees, who broke out to superstardom with her 1998 album The Miseducation of Lauryn Hill, was scheduled to perform at the Rishon Lezion Park Live Amphitheater, but faced mounting pressure from anti-Israel activists to cancel the show. In a recent statement, the Israel show’s producers acknowledged earlier this week that they received messages from Hill’s camp about her desire to cancel.In announcing her cancellation, the The “Killing Me Softly” songstress told fans that while she was very excited about bringing “our live performance to this part of the world,” she also wants to support justice and peace. “It is very important to me that my presence or message not be misconstrued, or a source of alienation to either my Israeli or my Palestinian fans,” she said. That is why “we have decided to cancel the upcoming performance in Israel, and seek a different strategy to bring my music to ALL of my fans in the region.”She ended her message, which was addressed to her “Dear Friends and Fans in Israel” and was also shared on Facebook, on a hopeful note: “May healing, equanimity, and the openness necessary for lasting resolution and reconciliation come to this region and its people.”A tweet last month by the US Campaign to End the Israeli Occupation read: “@MsLaurynHill 11,000 people asking you to boycott Israel. Please respect Palestinian call.” In an action alert, the US Campaign said that “the presence of artists is routinely used by Israel to legitimize its policies and maintain its reputation as a normal member of the international community.” The group has continued to coax followers to join the campaign demanding that Hill boycott Israel and cancel her show.Alongside these efforts, the anti-Israel Boycott, Divestment and Sanctions movement (BDS) has put added pressure on Hill by creating a widespread social media campaign incorporating memes, hashtags and a You- Tube video.Hill is one of the few foreign artists who have canceled already-booked shows in Israel – she joins Elvis Costello, the late Gil Scott-Heron and Talib Kweli with that dubious distinction.Lior Phillips and David Brinn contributed to this report.