Roger Nathan ‘Gino’ Narboni flew in the French, US and Israeli air forces throughout his storied career. 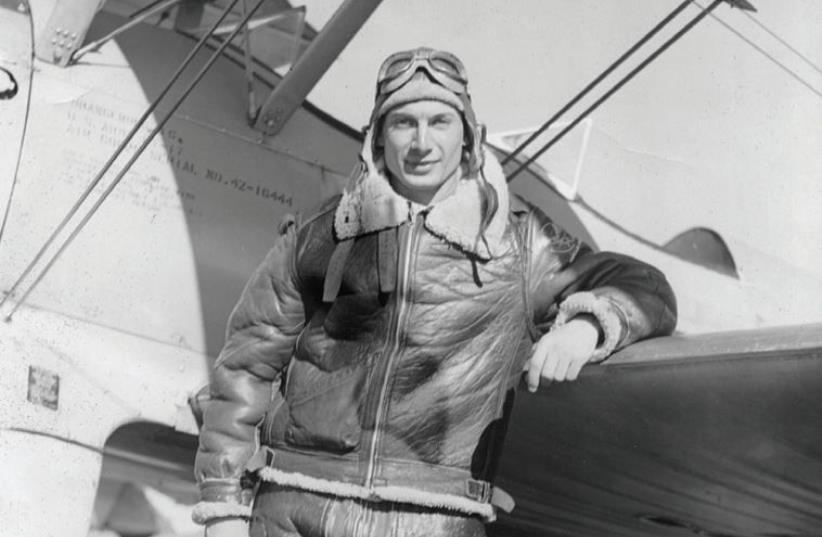 CPT. ROGER NATHAN ‘Gino’ Narboni as a young pilot. ‘I had a skill that Israel could use, so I decided to use it.’
(photo credit: Courtesy)
Advertisement
Roger Nathan “Gino” Narboni, one of the legendary Mahal (foreign volunteer) pilots who helped turn the tide in Israel’s War of Independence and was one of the first pilots for El Al and Arkia airlines, died at his home near San Antonio on Saturday. He was 92.Narboni was contacted in 1948 in Paris by the pre-state Hagana, which was recruiting Jewish pilots with experience in Allied armies to help the incipient State of Israel – which did not then have a single combat aircraft and only a handful of pilots.Narboni was asked to secretly fly a single-engine Norseman aircraft from Paris to Israel because of an international arms embargo.“In those days there were few formalities,” he said. “I don’t remember signing any papers or being sworn in, but I was given a commission and reported to duty as Captain Narboni.”He was one of some 4,000 volunteers who came to Israel from the United States, Canada, South Africa, Britain, France, Scandinavia and 20 other countries in the framework of the mitnadvei hutz laaretz program (Volunteers from Abroad, or Mahal). They were joined by a couple of hundred non-Jewish volunteers.The role of the Mahal volunteers was especially crucial in the Israel Air Force, where they made up the near totality of flying personnel during the War of Independence.“Why did I come to Israel in 1948?” he said in an interview with The Jerusalem Report in July 2014. “I was not brought up in a religious atmosphere, but my family and I felt strongly about our Jewish heritage. We believed in the case of the Jews.I had a skill that Israel could use, so I decided to use it. Today, I am still attached to Israel, which has an importance in my life and in that of my wife.”After his ferrying flights to Israel, Narboni served as a transport pilot, flying supplies and evacuating wounded soldiers.Born in the now-extinct Jewish community of then-French Algeria on November 18, 1923, Narboni was the son of a prominent physician in Constantine, and had planned on medical studies himself, but wars long kept getting in the way.He joined General Charles de Gaulle’s Free French Air Force in May 1943, and was sent to the United States for flight training late the following year, qualifying as a pilot on B-26 twin-engine bombers.But by the time he got back to Europe in mid-1945, the war was over and he began his medical studies. After his stint as a civilian airline pilot in Israel, Narboni was drawn back to his first love, medicine, and returned to Paris to complete his studies.Upon graduation, he found post-war Europe too drab and immigrated to the United States, where he embarked on a 25-year career in the U.S.A.F.as a chief flight surgeon, which including medical evacuations under fire in Vietnam.Retiring from the air force in 1981 with the rank of full colonel, Narboni then directed a clinic in San Antonio specializing in oncology, his medical specialty. In 2013, Narboni’s wife, Charlotte, published When I grow up, I want to be…, his memoir as he recounted it to her.Narboni, an inveterate world traveler and classical music lover, is survived by his wife and his daughters, Nicole and Cecile.