'King of Diamonds' reportedly fears immediate arrest if he comes to Israel from Russia. 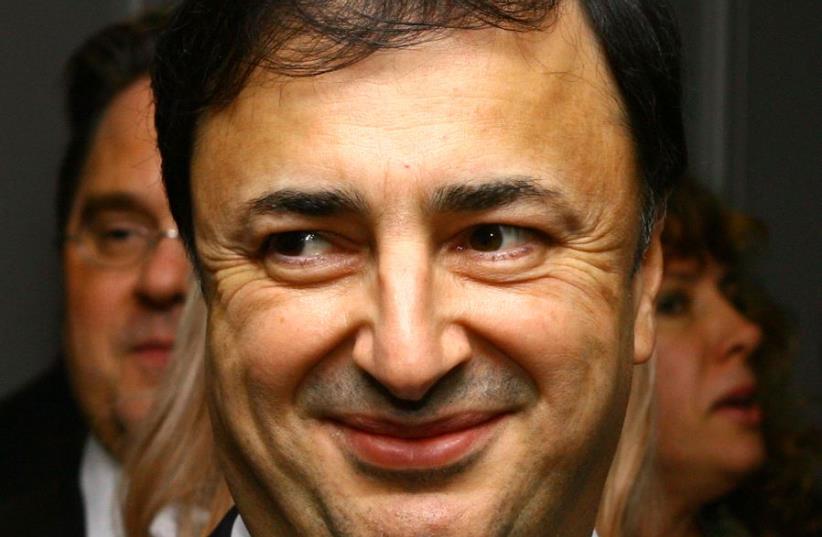 Lev Leviev
(photo credit: SCOTT WINTROW / GETTY IMAGES NORTH AMERICA / AFP)
Advertisement
The Israel Police have rejected a list of demands presented by Israeli tycoon Lev Leviev in exchange for his cooperation in an investigation over a massive diamond smuggling scheme involving his company, LLD, Channel 2 News reported Saturday night.Channel 2 reported Friday night that a document presented by his lawyers to police stated that he would come to Israel on the condition that after his questioning he be allowed to return to Russia, where he currently resides, and will return to Israel if needed.A source in the police told Channel 2 News on Saturday: “Leviev will be investigated like every other suspect, in accordance solely with the needs of the investigation with no prior arrangement. We will not promise that he can leave Israel after his questioning.”The Uzbek SSR-born Israeli tycoon moved to Russia recently from London, and reportedly fears that police will immediately arrest him if he comes to Israel for questioning.“Leviev is prepared to report to you and to provide full and detailed answers to any questions,” the document presented by Leviev’s lawyers read. Considering that he is not a resident of Israel, the lawyers proposed two options: either Leviev be at the disposal of investigators from his place of residence; or, he will come to Israel and will remain under house arrest for the course of his interrogation as long as he is permitted to return to his work abroad when his interrogation is over.Leviev will deposit a guarantee to ensure future cooperation in the investigation and will return for any further questioning according to “reasonable notice,” the document added.On Tuesday night, 42-year-old Mazal Hadadi, a junior employee at LLD, committed suicide by jumping out of her office window in Ramat Gan’s Diamond Exchange District after being questioned under caution in connection with the investigation.Her husband, Kobi Hadadi, has attacked the police’s conduct in the investigation. He also said there is “no chance” his wife committed suicide.Hadadi has accused police of using aggressive interrogation tactics and telling his wife that she would be sent to jail. Hadadi was laid to rest on Wednesday.LLD has asked Attorney-General Avichai Mandelblit to probe the circumstances of the suicide, saying that her death raises suspicions of “aggressive and disproportionate” interrogation tactics.The Israel Police expressed regret over the suicide, but slammed the company’s statement as “fundamentally inaccurate.”“The Israel Police always acts with the requisite sensitivity, while meticulously maintaining the dignity and rights of suspects and interrogatees, and taking a variety of investigative actions aimed at bringing perpetrators to justice,” it said.Earlier this month, police arrested six suspects, including Leviev’s son and brother, on suspicion of smuggling diamonds worth hundreds of millions of shekels to Israel.They are suspected of money laundering, offenses under the Income Tax Ordinance, customs offenses, conspiring to commit a crime, false registration of corporate documents, fraud and other offenses.The arrests came following an undercover operation by the Israel Police’s Lahav 433 National Crime Unit and the Tax Authority in collaboration with the State Attorney-General Office’s Taxation and Economic Department.Police believe the suspects each played a part in planning and smuggling diamonds into Israel over the course of several years, without reporting them to the relevant authorities.