Mahmoud Darwish, who died in 2008, is considered a Palestinian national poet and his works often reflect anti-Israeli sentiments. 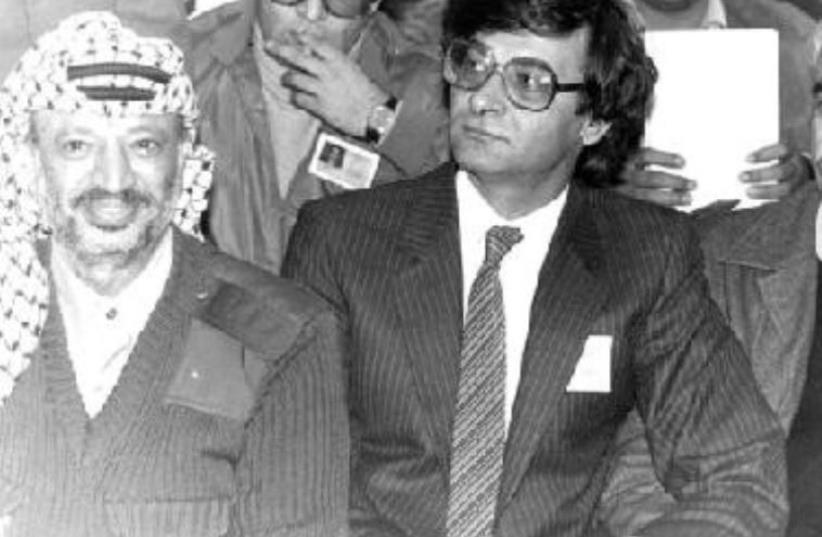 (left to right) Yasser Arafat, Mahmoud Darwish & George Habash in Syria circa 1980
(photo credit: Wikimedia Commons)
Advertisement
Defense Minister Avigdor Liberman summoned Army Radio director Yaron Dekel on Wednesday to explain why his station broadcast a program on Palestinian nationalist poet Mahmoud Darwish.Darwish and his poems were featured in an educational segment on the foundational texts of Israel on Tuesday night.“This seems to be a serious issue in which someone who wrote anti-Zionist texts that are still used as fuel for terrorist attacks against the State of Israel is included with his works by an army radio station as part of formative texts of Israeli society, together with ‘Jerusalem of Gold’ and ‘Silver Platter,’” Liberman said.“It is obvious that this represents a failure and cannot go unchallenged,” he said.Darwish, who died in 2008, is considered the Palestinian national poet and his works often reflect anti-Israeli sentiments.Former defense minister Moshe Ya’alon attacked Liberman over the incident, saying that a “confident leadership” has no need to silence opposition.Speaking at a The Marker conference, he quipped: “Finally Army Radio will broadcast the truth, ‘Pravda’ in Russian,” referring to the Russian newspaper.Sports and Culture Minister Miri Regev also criticized the station, telling the Hebrew site NRG that “Galatz [Army Radio] has gone off the rails.”“A public station in the Defense Ministry cannot allow itself to empower and glorify the anti-Israel narrative in the framework of a radio program aimed at addressing the foundational texts of Israel,’” she told NRG.“Mahmoud Darwish isn’t Israeli and his texts are not Israeli. In essence, they are opposed to the central values of Israeli society,” she said, adding, “We must fight the Palestinian incitement that appears in their textbooks and their media, and not grant them an additional publicly funded stage on the army station.“It’s inconceivable that the public should fund a radio station that harms its feelings and gives a platform to the Palestinian narrative that is opposed to the basic existence of Israel as a Jewish democratic state.She called on Liberman to “make order” and remove Army Radio from the defense establishment.Former defense minister Moshe Ya’alon, attacking Liberman for the first time since he replaced him, said it was wrong of him to summon Deckel.During his tenure as defense minister, Ya’alon twice spoke out against those criticizing Army Radio. On one such occasion he prevented Regev from carrying out changes to Galgalatz. The second time he turned down a plan from IDF Chief of Staff Lt.-Gen. Gadi Eisenkot to transfer authority of the station to an outside source, such as the Defense Ministry.Gil Hoffman contributed to this report.