MK Oren Hazan stated that the prime minister's path is not that of the party. 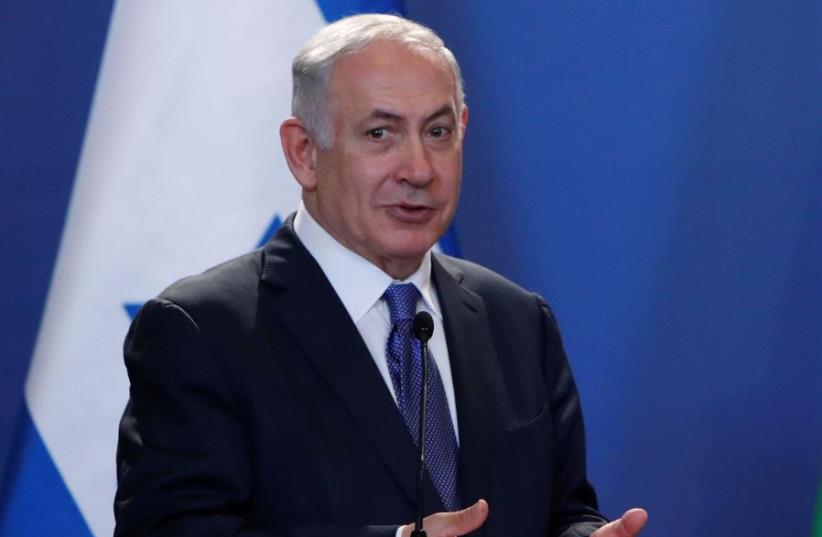 Benjamin Netanyahu
(photo credit: REUTERS)
Advertisement
In a blow to Prime Minister Benjamin Netanyahu, the Likud’s ideological bureau voted to formally oppose the creation of a Palestinian state.The bureau, which is the party’s ideological institution, voted late Tuesday night to reinforce a May 2002 decision by the Likud central committee against the twostate solution. Netanyahu supported the proposal at the time but is now in favor of creating a Palestinian state.“The Likud decided that the prime minister’s path is not ours,” said Likud MK Oren Hazan, who attended the event in Ariel near his home.“He says we should have a Palestinian state, but the Likud says the Land of Israel belongs to the people of Israel.”Speakers at the event criticized Netanyahu for removing metal detectors on the Temple Mount and for not doing enough to advance construction in Judea and Samaria.Not one speaker at the event spoke against the proposal that passed, which was sponsored by Binyamin Regional Council Likud branch head Shevah Stern, who chairs the party’s Nationalist Forum.“We didn’t shame the prime minister,” Stern said. “What the passage of my proposal shows is that the Likud is a right-wing, nationalist party.The prime minister should change his mind about a Palestinian state not because of the decision, but because he should face reality.”Stern said his next step is to convene the Likud’s governing central committee in September to pass proposals calling for unlimited construction in Judea and Samaria and annexing their Jewish communities. More than 800 central committee members have signed a petition demanding a vote on the proposals.One possibility is to combine the session with a pre-Rosh Hashana toast that Netanyahu will be hosting at the Kfar Hamaccabiah Hotel in Ramat Gan on September 17. Stern will begin planning the event in upcoming days with the head of the central committee, Labor and Social Services Minister Haim Katz.“The votes must happen according to Likud bylaws, and they will pass,” Stern said. “The Likud is in favor of settling the land. It shouldn’t surprise anyone.”