This year's event spotlighted "Women for a Change," an organization that highlights the role of women in the LGBT community. 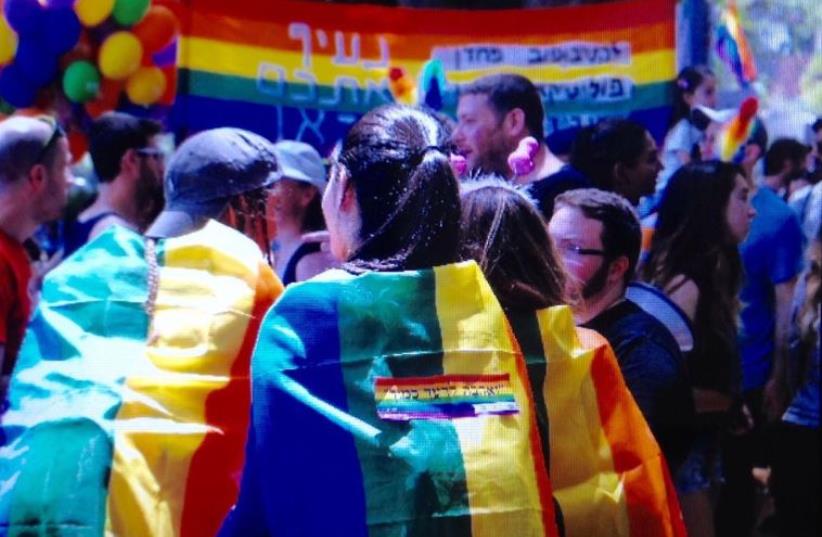 Tel Aviv Pride Parade 2016
(photo credit: AVSHALOM SHOSHANI)
Advertisement
The Tel Aviv Gay Pride parade drew hundreds of thousands of participants to the march on Friday.The parade, which took off from Tel Aviv's Gan Meir at noon and included music, festivities, speeches and shows, is the largest Pride Parade in the Middle East.This year's event spotlighted "Women for a Change," and organization that highlights the role of women in the LGBT community. Additionally, the parade included events like a fashion tour, a Eurovision event and the hallmark of the festivities,the LGBT Film Festival. Tweets from https://twitter.com/Jerusalem_Post/lists/tlv-pride-parade Tel Aviv is not just the Israeli center for the LGBT community, but the world over. In 2012 GayCities.com named the city the title of "Best Gay City" and the Boston Globe ranked it "the gayest city on earth."The Tel-Aviv Yafo Municipality invests USD 1 million  to provide a plethora of resources as well as support for the city's LGBT community. Mayor of Tel Aviv-Yafo Ron Huldai stated, "The Pride Parade has turned into one of the symbols of the City of Tel Aviv with hundreds of thousands of participants and tourists from all over the country and world."Huldai commented, "I believe that Tel Aviv-Yafo, a city of tolerance, is a beacon to other cities in this issue."
Support of the Israeli LGBT community is not just a phenomenon in Tel Aviv as a recent nation-wide poll indicated.A poll conducted ahead of Friday’s Tel Aviv Gay Pride Parade shows a high level of public support for establishing legal marriage or registration for same sex couples in Israel.According to the poll conducted by the Smith Polling Institute for the Hiddush pluralism group, 76 percent of the Jewish Israeli public support the establishment of some form of marriage for gay couples.This represents a significant jump in support since Hiddush’s last poll in September last year, which found that 64% of the Jewish public was in favor of same sex marriage.