The car was covered in pieces of dead chickens and blood dripped down the doors of the vehicle. 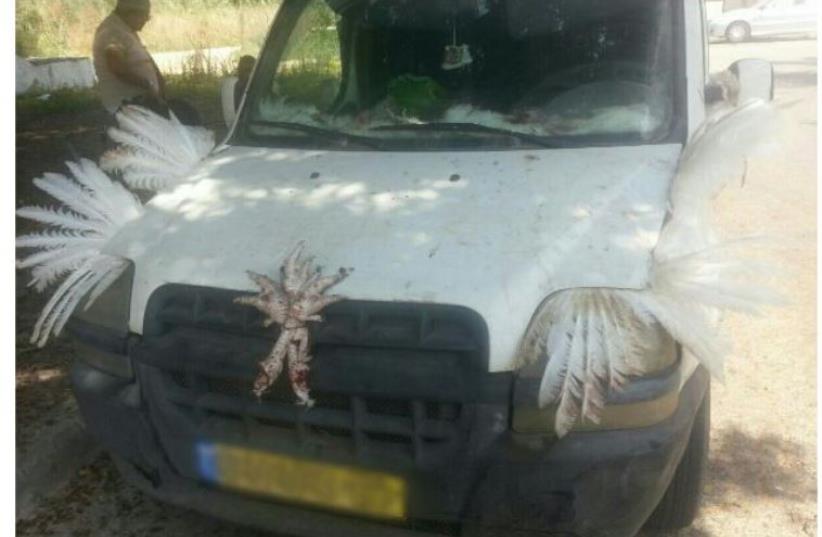 Car covered in chicken parts and feathers stopped by police‏
(photo credit: ISRAEL POLICE)
Advertisement
A driver could face charges of animal cruelty and more after he "decorated" his car with dead chicken parts and feathers.According to Israel Police on Wednesday, the 40-year-old man from Yinon was pulled over and arrested in Gadera after officers spotted his vehicle driving down the road covered in different body parts of a chickens. On the side of the car, hanging off the driver's side mirrors, the upper half of a chicken was attached and blood dripped down the vehicle's side.  On the front of the car large white feathers stuck out from the sides of the the hood and two large, bloody chicken feet were placed in the shape of an 'X' at the front.When questioned, the driver said the chicken parts covering his vehicle were merely decorative. An investigation is now underway with potential charges of animal cruelty and public disturbance. He was released from police custody on a number of conditions and an indictment is expected to come soon. The car has been confiscated in the meantime and remains with police.