Bargoer's beloved canine companion bolted from the scene of Friday's shooting in Tel Aviv amid loud shots and ensuing commotion. 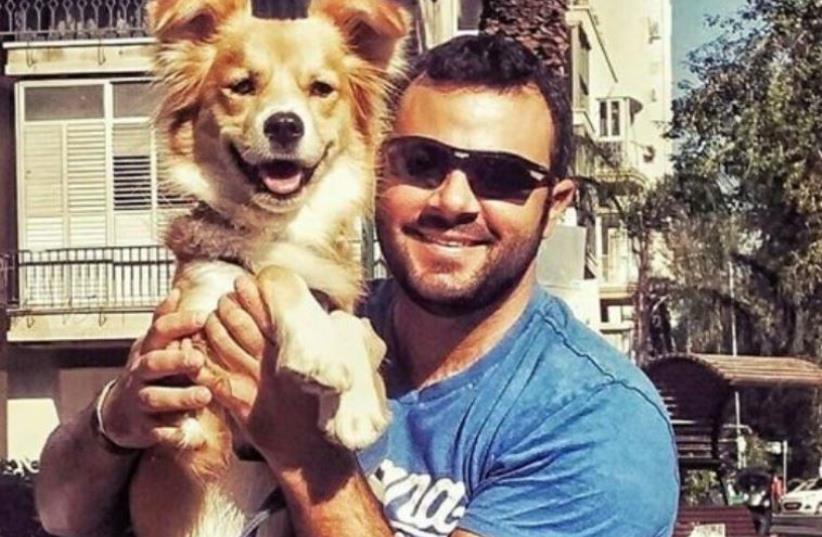 Ido Lazan and his dog, Django
(photo credit: FACEBOOK)
Advertisement
In one of the most heartwarming accounts to emerge in the wake of Friday's tragic shooting attack at a bar in central Tel Aviv, was the unlikely ordeal encountered by a young Israeli man named Ido Lazan and his beloved dog, Django.Lazan was moderately wounded by a gunman who opened fire at Hasimta pub on Dizengoff Street. Lazan's canine companion, who was also present at the bar when the shooting occurred, bolted from the scene amid the loud shots and ensuing commotion.All the while Lazan was evacuated to a hospital for medical treatment, he never stopped worrying about his dog. He decide to take action however, and requested that his brother, Tzachi, take charge in searching for the missing golden-furred dog. Tzachi then posted a message on Facebook with a picture of the pooch in hopes of gathering information on his brother's pet. "My brother was wounded in the incident in Tel Aviv. He was released from the operating room and is being well-cared for, he is in stable condition and we are optimistic. What we are lacking at the moment is help in finding his dog, Django, who was with him at the scene. I would appreciated your help in sharing this post and contact me accordingly. For anyone in the Dizengoff area, please look out [for him]," read the post. A few hours later, Tzachi posted another message to the social media network, notifying that Django had been found and thanking all those who joined the search effort. A young Tel Aviv resident named Uria Ron had found the shaken, wet dog in the stairwell of an apartment building not far from the scene of the attack on Dizengoff Street. Ron informed a friend of his who worked at an animal services organization, who then contacted Tzachi Lazan. The dog and owner were eventually reunited. "Ido's surgery is over and he was transferred to the intensive care unit for monitoring and recovery. His condition is stable and even better. We are staying optimistic and have our fingers crossed. Thank you for the show of support and for assistance in finding his best friend Django," read another post by Tzachi.