“It is common to go between parties in Israel, unlike the US, where Democrats and Republicans have clearer ideology.” 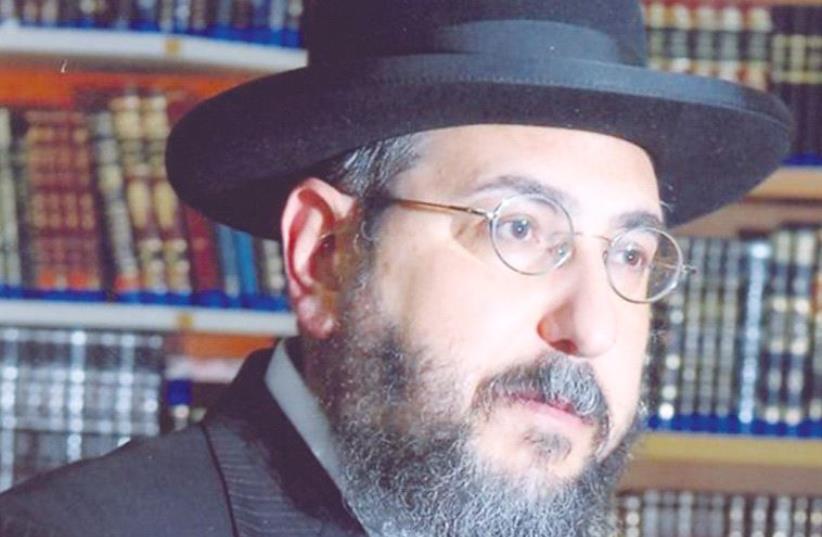 Former Shas MK Rabbi Haim Amsalem has joined Bayit Yehudi as a candidate for the next Knesset election.
(photo credit: WIKIMEDIA)
Advertisement
Bayit Yehudi kicked off its online membership drive on Monday with a surprising candidate for the next Knesset in an effort to bring new blood into the party: former Shas rebel MK Rabbi Haim Amsalem.Amsalem served in the Knesset from 2006 to 2013, initially with Shas. But he later formed a one-MK faction after he was kicked out of Shas, following a dispute with the party’s then-mentor Rabbi Ovadia Yosef over a school that discriminated against Sephardim.He ran for Knesset in 2013 on a new ticket he formed called Am Shalem, which received 50,000 votes but failed to cross the electoral threshold. Ahead of both the 2013 and 2015 elections, there was talk of him running with Bayit Yehudi, and in 2015, he joined Likud but did not run for Knesset with the party.“It is common to go between parties in Israel, unlike the US, where Democrats and Republicans have clearer ideology,” he said in an interview in Jerusalem.“My ideology hasn’t changed by a millimeter: Jewish identity, fighting assimilation, religious moderation, and the need to combine Torah and employment.”Amsalem said that while no candidate and party are exact fits, he always belonged in Bayit Yehudi, because he considers himself a religious Zionist. He served as rabbi of a community formed by the religious Zionist workers’ movement, his sons have served in combat units – including one currently in an elite unit – and his youngest son is studying at the religious Zionist yeshiva Kerem Beyavne.“With Sephardim, the kind of kippa you wear doesn’t matter,” he said. “All Sephardi rabbis were Zionist, promoting aliya, settling the land, and serving in the IDF. In retrospect, Shas was just a mistake along the way that hurt Sephardim more than it helped and moved them backward. The time has come to fix it.”To that end, Amsalem has been fighting for decades to moderate Israel’s policies on conversion. He wrote articles defending the conversions of Rabbi Haskel Lookstein, an American modern Orthodox rabbi who serves as the spiritual leader of Congregation Kehilath Jeshurun on the Upper East Side of Manhattan.“It is chutzpah that the Chief Rabbinate speaks in two voices, with the chief rabbi recognizing Rabbi Lookstein’s converts and his clerks rejecting them. It is scandalous. It is no wonder the public feels the Chief Rabbinate exists to create problems, rather than solve them.”Amsalem blasted Shas’s religious services minister, David Azoulay, for saying last month that he does not consider Reform Jews Jewish.“For me, the quotes that Reform Jews are not Jews is shocking,” he said. “Throughout history Jews were killed for being Jews, not because of whether or not they were religious. We can’t deny the support non-Orthodox Jews have given the state. Many Sephardim have the Reform and Conservative movements’ views and don’t realize it.”Amsalem also criticized the ultra-Orthodox leadership for reneging on a deal reached about an egalitarian prayer space at the Western Wall, and for fighting the Women of the Wall group.“Their behavior to the Women of the Wall is not smart, is unjust, and harms haredi interests,” he said.“Every Rosh Hodesh, the 20 to 30 women who are in the group should be allowed to come as they do, dressed modestly, and do what they want. I disagree with them, but why would I stop them? Halachic tradition is important and the changes they want are unacceptable, but ugly struggles, fighting them, hitting them. I’m sorry. That’s not us.”When told that it is surprising to see a rabbi who looks ultra-Orthodox say such things, he says, “My views should not surprise anyone who has known the views of the top Sephardi rabbis over the centuries.”Amsalem will take those views next month to the US, where he will go on a lecture tour and fund-raise for his campaign. He has already spent a lot on ads on Facebook, and on the cover of the right-wing newspaper Makor Rishon, but there is no legal limit on fundraising for individuals who are not MKs or announced candidates when there is no election ahead.Asked about his relationship with Bayit Yehudi head Naftali Bennett, he said it is good, and denied a report that Bennett declined a photo opportunity with him when he joined the party. But Amsalem believes Bennett made a mistake by trying to bring in former soccer star Eli Ohana as a candidate in the last election to attract Sephardi voters.“Sephardim don’t need sportsman to be symbols for them,” he said. “Rabbis, academics, and scientists do it better. The Sephardim want a role model like me.”