Meet the Jewish MVP leading Princeton to the NCAA Tournament

Spencer Weisz, the Ivy League's Player of the Year, is expected to pave a successful path for Princeton. 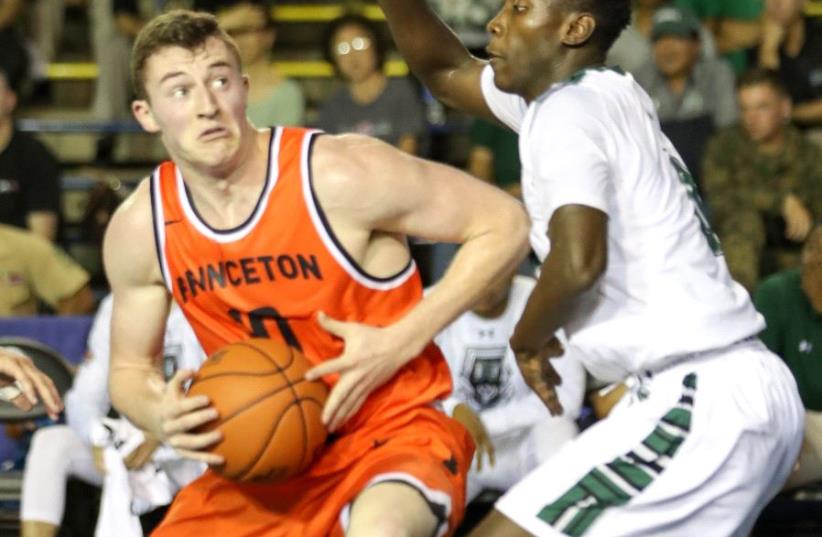 Spencer Weisz #10 of the Princeton Tigers
(photo credit: DARRYL OUMI/GETTY IMAGES/AFP)
Advertisement
For Princeton’s Spencer Weisz, the Ivy League’s Player of the Year, his tweet said it all: “We’ve been waiting to wear our dancing shoes! #LetsDance #16-0.”Weisz, a senior forward and a Maccabiah Games gold medalist, played a crucial role in powering the Tigers to the NCAA Men’s Basketball Tournament that starts this week — the school’s first bid to the Big Dance since 2011. Princeton capped off an undefeated season in Ivy League play by winning the conference’s inaugural postseason tournament on Sunday and earning an automatic berth to the event known as March Madness.The Tigers (23-6), who have reeled off 19 consecutive victories, were seeded 12th in the West Regional and will face off in the opening round Thursday against fifth-seeded Notre Dame (25-9) in Buffalo, New York.This season, the 6-foot-4 Weisz is just fourth on the team in scoring, averaging 10.5 points, but leads in rebounds (5.4), assists (4) and steals (1.6) per game. He is among several Princetonians with the ability to score from beyond the 3-point arc.In the Ivy League tournament final, Weisz scored just 7 points but added 8 assists as Princeton rallied for the victory and a 16-0 finish in conference play.While the Tigers are surely the underdog against the Fighting Irish out of the country’s premier hoops league, the Atlantic Coast Conference, the pundits are predicting a tight game. Weisz, who hails from Florham Park, New Jersey — about an hour’s drive from Princeton — and attended Seton Hall Prep for high school, will undoubtedly be a key factor in any upset.“We’re battle tested,” Weisz told Jerry Carino of the New Jersey Hoops Heaven website following the victory over Yale and a day after beating Penn in overtime. “These two games kind of give you that feeling of sudden death.”Weisz will be looking to add to a trophy case that includes the gold as a member of the US junior team that won at the 2013 Maccabiah Games, the Olympics-style competition held every four years in Israel. He was named the Most Valuable Player of the tournament.Weisz has said he enjoyed his time in Israel, even though all of the practices were conducted entirely in Hebrew.“I don’t know any Hebrew,” he told the Trentonian in 2015. “A lot of the guys just spoke Hebrew with one another, but they also knew English, so I got to be part of the conversations here and there. I enjoyed my time over there and am definitely thankful for it.”Meanwhile, two Jewish coaches have led their squads to the National Invitational Tournament, a postseason competition for men’s basketball teams that weren’t quite good enough to qualify for the NCAAs.Josh Pastner in his first season at Georgia Tech led the Yellow Jackets to a 17-15 record in the rugged ACC and was named the conference’s Coach of the Year. He came over to the Atlanta school after guiding Memphis from 2009 to 2016 in a tenure that included several trips to the NCAAs.Georgia Tech will host Indiana in the opening round of the NIT on Tuesday.Keith Dambrot, the longtime coach at Akron, saw the Zips fall in the Mid-American Conference tournament championship game to Kent State after winning the East Division regular-season crown. Akron will travel to play Houston in the NIT on Wednesday.The Zips have gone to five NITs and two NCAAs since Dambrot took over for the 2004-05 season.