Before becoming an MK Eyal Ben-Reuven served in the IDF for over 35 years. 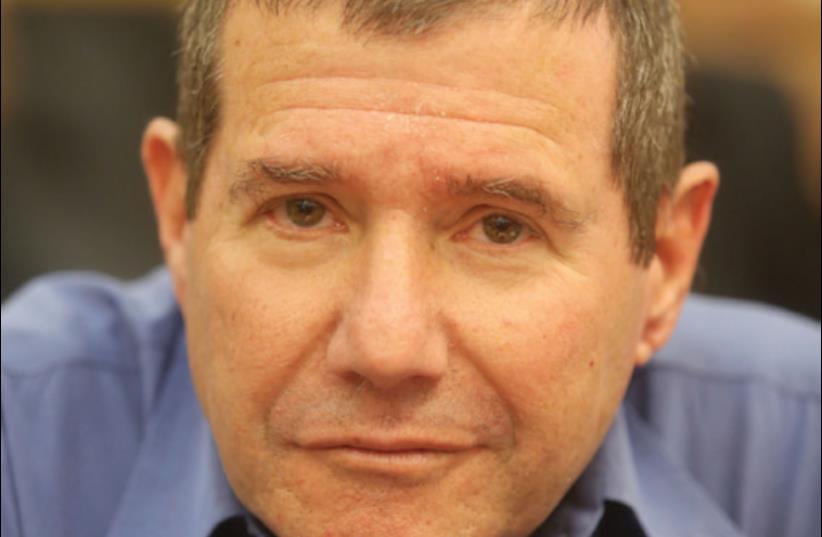 Why did you decide to enter politics? The main reason is because of the bad direction Israel is going in, toward a binational state, which will become a country that is neither democratic nor Jewish. In my eyes, that is not an option we can allow, and I plan to fight for policy initiatives that will bring a new arrangement with the Palestinians based on two states, agreed-upon borders and security arrangements that ensure a safe and just Jewish and democratic state, forever.

What are the first three bills you plan to propose? At this point, I can list topics on which I plan to focus.The first is diplomatic initiatives with the Palestinians and countries in the region, which can change our relations with them in light of interests stemming from the changing regional reality.Second is changing national priorities to the periphery....Third, I want to strengthen the IDF and take care of reservists and career officers.What was the most interesting experience on the campaign trail? The interesting experiences were meeting people firsthand in the Haifa market, and going to the “Yifat Parliament” [Friday- morning meetings in Kibbutz Yifat], where we talked, argued and sang Israeli songs.This Knesset has a record high number of women and Israeli Arabs. How do you think this will affect the way it functions and the changes it brings? I’m glad many women joined the current Knesset. I have no doubt that this will be a refreshing change and bring greater equality in the results of the decisions made by the Knesset.On the topic of Israeli Arabs, I expect that the greater number of MKs will bring a deeper discussion of a real national plan to promote Israeli Arabs and ensure they are an integral, contributing part of Israeli society with equal rights.What is your position on talks with the Palestinian Authority and a possible Palestinian state? My position is that it is necessary to have a true conversation with real intentions to develop an agreement with the Palestinians.I think this conversation must be supported by countries in the region, like Saudi Arabia, Egypt, Jordan, the United Arab Emirates and a wide international axis. A two-state solution is the necessary basis to improve Israel’s security and have a healthier Israeli society.

What impact do you think the tension in US-Israel relations will have on us in the next few years? The current situation in our relations with the American leadership is intolerable in my opinion. It must be repaired quickly and there must be intimate talks between the leaders that will bring results on the Iran nuclear issue and the spread of Iranian influence in the Middle East.What should the government’s response be to growing global anti-Semitism? Israel must support and take part in an uncompromising battle against anti-Semitic phenomena that is growing and spreading, mainly in Europe. At the same time, Israel must open its gates as much as possible to Jews who choose to make aliya to the State of Israel.Do you support the status quo on religion and state – including issues like marriage, public transportation on Shabbat, kashrut and others? Israel should respect its Jewish values. At the same time, we must allow openness to the residents of the state who made the free choice to follow Jewish customs in their own way, as long as it does not harm those who choose to do the mitzvot according to Halacha [Jewish law]. I support creating options for public transportation to places of entertainment in cities and areas where it does not harm religious residents.

What can be done to lower the cost of housing? Israel has to take responsibility as a country to lower housing prices for all citizens, specifically young people who are building their lives. First and foremost, the intolerable government bureaucracy must be cut and land must be freed for construction at low prices, especially in the periphery.What should the government do to reduce poverty? The State of Israel’s policies in recent years created a healthy economy, but forgot that the economy is first of all supposed to allow citizens to live in dignity with support from an efficient education system, job creation and housing at affordable prices. Israel must re-balance the economy between wealthy monopolies and citizens who deserve education, health and welfare, through a...balanced distribution of... resources.

What else should people should know about you? I left the IDF in 2007 at the rank of major-general after 35 years of service. After that, I was director-general of the Born for Freedom organization, which works to collect information on missing soldiers. I still do reserve duty in a senior position in the Northern Command.
Advertisement
Subscribe for our daily newsletter