From 2014 through 2016, some 11,000 employers were investigated for violating employee rights. 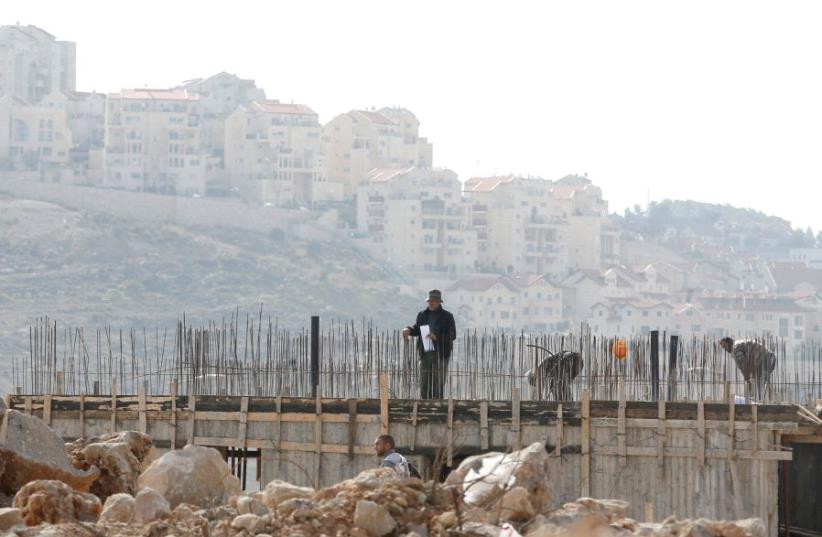 Palestinian labourers work at a construction site in Efrat
(photo credit: REUTERS)
Advertisement
The Labor and Social Services Ministry on Wednesday announced a campaign to raise awareness of Arab workers’ rights.As part of the campaign, the ministry launched a website in Arabic to inform Arabic-speaking workers of their legal rights, from the initial stages of accepting a job through termination of employment.“In light of the many violations in the employment conditions of employees in Arab society, I instructed the ministry’s professional to raise awareness among employees as well as employers, in order to improve employment conditions and wages,” Labor and Social Services Minister Haim Katz said on Wednesday.From 2014 through 2016, some 11,000 employers were investigated for violating employee rights, according to the ministry. Of those, some 23,000 received warnings and 1,749 were fined a total of NIS 104,183,870. Another 337 criminal fines were imposed, totaling some NIS 621,000, and 158 indictments were filed.The ministry said its goal was the protection of employee rights in general and the rights of employees from disadvantaged populations, such as the Arab sector, in particular. It explained that the campaign was designed to address the widespread poverty in these sectors and to improve the socioeconomic status of employees in the Israeli economy.The ministry noted that it had a number of tools at its disposal to achieve this goal, primarily: enforcement, raising awareness, and the ability to issue fines and indictments.“I welcome the development of the labor market and the expansion of employment opportunities among women and men in Arab society,” Katz said, noting that the labor market in the Arab sector has greatly expanded in recent years.Still, Katz said, the recognition of “social rights anchored in the law” in the sector has seen “repeated violations” and, as such, the ministry decided to act to raise awareness and curtail this phenomenon.