"In recent years I focused on the issue of the Arab society right in general, and specifically of those in the Negev." 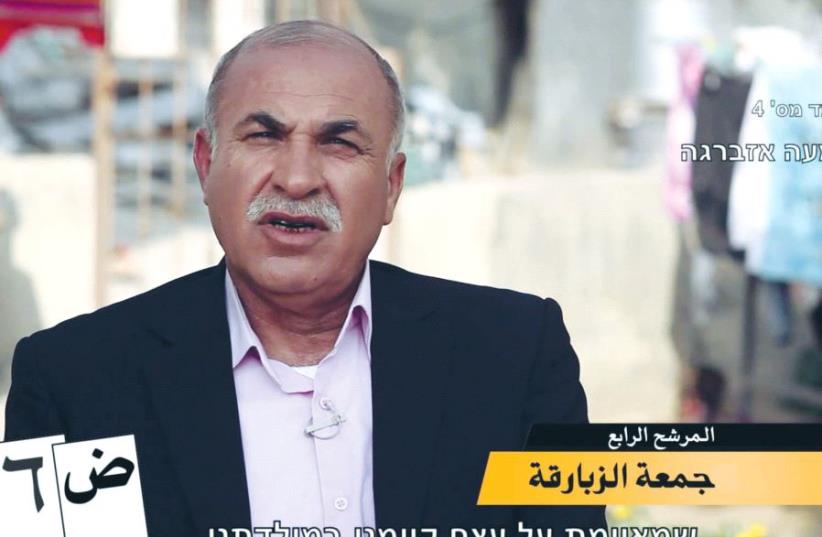 NEW BALAD MK Goumha Azbarga: ‘There is enough room for everyone in the Negev. We can’t accept that people are forcibly uprooted.
(photo credit: YOUTUBE)
Advertisement
MK Goumha Azbarga (Joint List) pledged allegiance to the Knesset on Tuesday.Azbarga, a member of the Balad Party, is replacing MK Basel Ghattas, who resigned on Sunday as a part of a plea bargain.After being sworn in, Azbarga said that he was sorry about what happened with Ghattas and that he wished to thank him for his contribution. He added that as a lawmaker, he would like to focus on topics related to the Arab sector and in particular that he wishes to promote the topic of health systems, as he was previously employed in the field of health systems management."In recent years I focused on the issue of the Arab society right in general, and specifically of those in the Negev," he said. "I was restlessly acting against house demolitions and displacing people only because of their national affinity. I intend to fight for recognition of settlement in the Negev and to deal with poverty issues among the residents there."Azbarga comes from the village of Laqiya in the Negev, and claims that it was rated as the poorest in Israel."I am exposed to poverty on a daily basis," he said. "Therefore, this issue of social justice is top priority for me. I am a partner for all of those who are working to advance the rights of the workers, the poor, the handicaps and others."Joint List chairman MK Ayman Odeh welcomed Azbarga and said that he is glad that, along with MK Taleb Abu Arar, this is the first time the Knesset has two Arabs from the Negev."I have known Azbarga for many years from the battles on the recognition of villages, on fighting to protect the ground in the Negev," said Odeh. "We now have in the Knesset someone who represents the weakest society in the country – even among Jews."