The 23-year-old victim, Shlomit Krigman, was laid to rest Tuesday afternoon in Jerusalem. 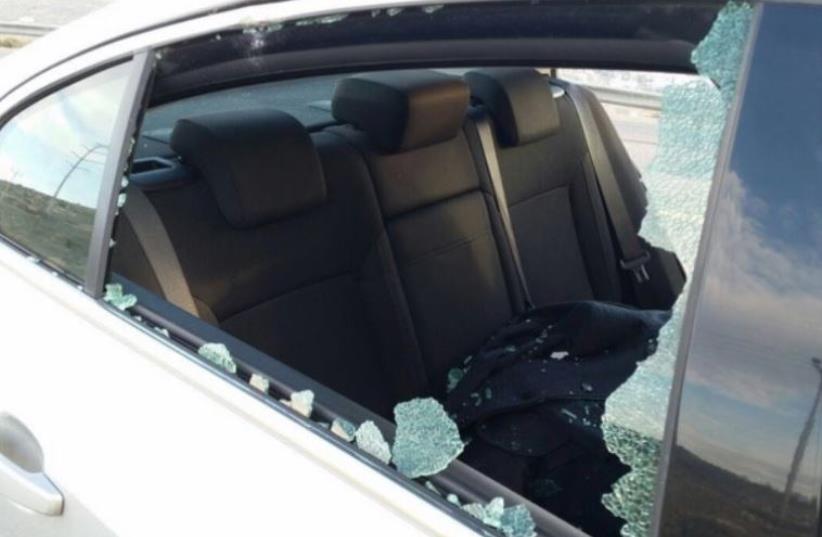 MK Haim Yalin's car
(photo credit: YESH ATID)
Advertisement
MK Haim Jelin's car was stoned on Thursday after paying condolences to the family of terror victim Shlomit Krigman.Jellin was not injured, however his vehicle sustained significant damage. A Knesset officer and security forces were investigating the details surrounding the incident .Jelin responded after the attack, saying: "This time it was a rock and not a rocket. We must not stop our daily life because of terrorists who throw rocks, shoot at us, or stab.""We must continue to strike down terror with all our might, to comfort the families of victims, but not to abandon the political arm," he said.Krigman, 23, was laid to rest Tuesday afternoon in Jerusalem. Krigman succumbed to her wounds after a stabbing attack Monday in the West Bank's Beit Horon settlement, when two assailants stabbed two Israeli women, including Krigman, and threw pipe bombs at a nearby grocery store.Hundreds of mourners arrived to Beit Hamenuchot cemetery in the capital's Givat Shaul to pay their respects to Krigman. The young woman who hailed from Shadmot Mehola in the Jordan Valley was buried nearby terror victim and mother of six Dafna Meir, whom Palestinian terrorists killed in her Otniel home last week. Ben Hartman and Tovah Lazaroff contributed to this report.