MKs at PACE: Europe may not close its eyes to anti-Semitism

Lawmakers called for politicians to publicly reject neo-Nazism, for member states to focus on prevention through education.

By LAHAV HARKOV
OCTOBER 1, 2014 17:49
MK Rina Frankel (Yesh Atid) at PACE headquarters in Strasbourg
(photo credit: RINA FRANKEL'S OFFICE)
Advertisement
Europe is encouraging Jews to leave through increasing acts of anti-Semitism, MK Nachman Shai (Labor) told the Parliamentary Assembly of the Council of Europe Tuesday.The PACE Political Affairs and Democracy Committee passed a motion to fight the rise of neo-Nazism, and a Knesset delegation, led by Shai, addressed the issue in the plenary at PACE headquarters in Strasbourg.While the committee focused on hate speech and political parties that espouse neo-Nazi or similar ideologies, such as Jobbik in Hungary and Golden Dawn in Greece, the MKs pointed at the recent uptick in anti-Semitic incidents as a related, worrying trend.Shai mentioned that the motion against neo-Nazism was being passed 76 years after the Munich Agreement was signed, in which France and the UK allowed Germany to annex Czechoslovakia in a failed attempt to appease Hitler and prevent a war.“You don’t want to repeat that. You don’t want to close your eyes and ignore the lessons we learned 76 years ago,” he stated. “Are you ready for history to repeat itself?” The Labor MK said there was sharp increase in the number of anti-Semitic incidents this year, and that in many cases anti-Israel ideas and anti-Semitic ones were conflated.“Anti-Semitism is back. Growing numbers of Jews, especially from France and Belgium, are leaving Europe and coming to Israel. Did Europe decide to get rid of its Jews again? Is Europe showing Jews the way out?” he asked.“There were dozens of demonstrations against Jews with cries like ‘send them to the gas chambers.’ Today, there are anti-Semitic events every day that don’t reach the media, like graffiti of swastikas, violence against Jews, harm to their property and more,” MK Rina Frenkel (Yesh Atid) said.The Yesh Atid MK, who spoke in Russian, told the European lawmakers: “We, the free world, cannot go back to the 20th century. We must fight and condemn modern anti-Semitism in every way possible.”“The lessons of the Holocaust must echo in each and every one of us,” she added.PACE approved a motion titled “Counteraction to Manifestations of Neo-Nazism,” which “stresses the responsibility of government representatives and democratic political leaders… to form a bloc around a democratic consensus… [and] to raise concerted opposition to neo-Nazi ideology and parties that speak in its favor, whether in or out of parliament.”The lawmakers called for politicians to publicly reject neo-Nazism and for member states to focus on prevention through education and hold party leaders and members responsible for hate speech.Shai said that Europe’s fight against neo-Nazism is “slow, ineffective and disappointing,” and that Israel expects PACE member countries to make a more concerted effort.“For everyone, like me and my family and millions of other Jews, for whom the Holocaust is close, words are not enough. We want to see a plan of action followed by deeds. Europe should invest human resources and a budget to counter neo-Nazism,” he said.PACE focuses on human rights and democracy issues and holds plenary sessions in Strasbourg. Its decisions are non-binding but are taken seriously as recommendations to its 47 states and the European Union.Also Tuesday, PACE tendered a formal request to send a delegation on a field trip to Israel and Gaza to learn more in the aftermath of Operation Protective Edge, several weeks after assembly President Anne Brasseur told Shai she intended to do so.The request is currently in the hands of the Foreign Ministry, which will have to decide whether or not to allow the delegation in to Gaza to meet with representatives of Hamas, which the European Union – that includes many PACE member states – considers a terrorist organization.However, the Knesset delegation said it would gladly host the delegation in Israel. 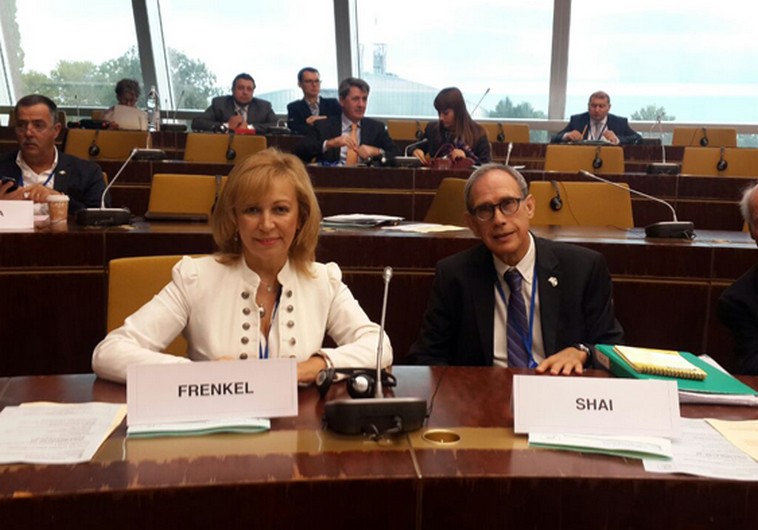